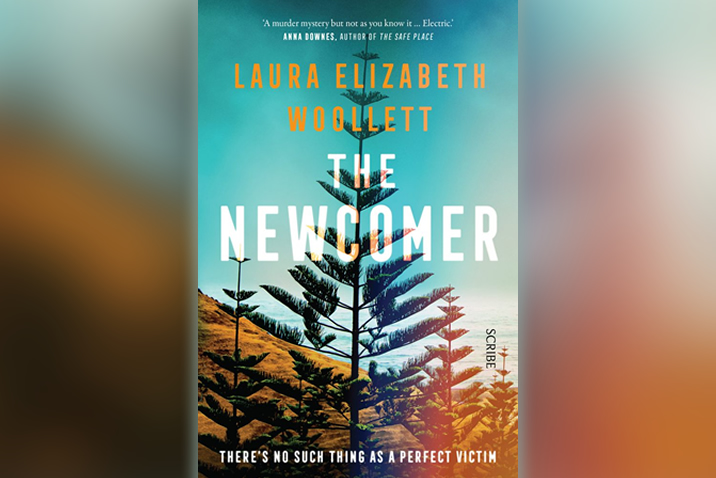 I was only sorry that due to scheduling time constraints, I was unable to take part in the official Blog Tour for this book.

However, I would like to thank Patricia, representing Scribe Publications, for kindly sending me a lovely paperback copy of the book, in return for a review at my earliest convenience. 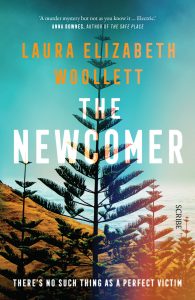 In a hotel room on a sleepy Pacific island, Judy Novak waits. And worries. It isn’t the first time 29-year-old problem child Paulina has kept her mother waiting.

But Judy can’t ignore the island’s jagged cliffs and towering pines — or the dread that Paulina has finally acted on her threats to take her own life.

When Paulina’s body is discovered, Judy’s worst fears seem confirmed. Only, Paulina didn’t kill herself. She was murdered.

Every man on the island is a suspect, yet none are as maligned as Paulina herself, the captivating newcomer known for her hard drinking, disastrous relationships, and habit of walking alone.

But even death won’t stop Judy Novak from fighting for her daughter’s life. 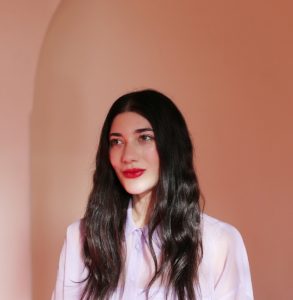 Laura Elizabeth Woollett is the author of a short story collection, The Love of a Bad Man (Scribe, 2016), and two novels, Beautiful Revolutionary (Scribe, 2018) and The Newcomer (forthcoming Scribe, 2021).

The Love of a Bad Man was shortlisted for the Victorian Premier’s Literary Award for Fiction and the Ned Kelly Award for Best First Fiction.

Beautiful Revolutionary was shortlisted for the 2019 Prime Minister’s Literary Award for Fiction, the Australian Literature Society Gold Medal, and the Kathleen Mitchell Award.

Laura is the City of Melbourne’s 2020 Boyd Garret writer-in-residence and is a 2020-22 Marten Bequest scholar for prose.

“Just like grief, waiting had stages. And by two o’clock, Judy Novak was well and truly in the anger phase.

Thirty years old! And still bloody selfish. Well, whose fault is that?

The Mutineers’ Lodge cabins had been renovated for high season. Marine-blue carpet. Brochures swimming under coffee-table glass. Drapes so red they hurt her eyes. ‘You have to stay at Mutes’!’ Paulina had insisted, months back. ‘I’ll make your bed and serve you breakfast!’

So proud of the fact that she could finally make a bed. Making an appointment – not so much.

Judy had called – how many times? Enough. She’d call again. Just once. On the bedside phone, so plasticky-new it looked like a toy“

“Life’s boring. Gotta make some noise or the void will swallow me”

“There’s no right or wrong way to grieve,’ Agnes said.

“It was school pick-up hour. She had to pass the school to get from Fergal’s to Rabbit’s, and the little kids just reminded her. Reminded her of things she hadn’t known she wanted, like chatter in the back seat, and cutting the crusts off sandwiches, and helping with homework, and most of all being a different kind of woman; the kind who wasn’t pissed on glovebox vodka at three in the arvo. And then it hit her: she was really pissed”

“There was a time of day, just before sunset, when things could go one way or another. When the whole world looked like a diorama, the sky a slow-moving painting, and sometimes she felt lucky to be exactly where she was, smoking on her porch, and other times she wanted to take the washing line and knot it around her neck”

“He’ll die before me, she didn’t say, but thought. I’ll die alone, yet”

“There’s no such thing as a perfect victim”

Wow! I apologise now for all the epithets which might come to the fore in this review. However, this was one hard-hitting, no-holds-barred storyline, written in a forthright, often abrasive style, by an author who doesn’t mince or sugar-coat her words. Be prepared for some very raw and coarse language and sexual references which leave little or nothing to the imagination. However, you won’t need to scratch too far beneath the tough veneer of the main protagonist Paulina, to appreciate that she is one seriously damaged and disturbed individual and that her personality is succinctly and wonderfully captured, in the often outrageous and graphic montages, which reflect how she lived her all too short life.

I recognise that this is really Paulina’s story to be told, however I felt that her mother, Judy’s story was equally relevant and disturbing, with the relationship between them being strained and dysfunctional at best, although peel away the layers and that in their own ways they loved each other without question or reservation, there can be no doubt. What should have been the strongest single point of commonality between them, the fragility and frailty of the human mind, was ultimately that which separated them and tore them apart.

The story of a damaged family, successive generational abuse and mental illness, Judy and her sister Caroline, had themselves endured a traumatic childhood, and the revelation that to this day ‘Caro’ still self-harms, despite the relatively ‘normal’ family life of her own she now enjoys, is no real surprise. Judy, on the other hand, is still lamenting the loss of Paulina’s father Marco, from many years ago and refuses to acknowledge his previous family, constantly in self-denial that Paulina has reached out to them and enjoys a good, long-distance friendship with her stepsister, Milica. Judy definitely isn’t mother-of-the-year material, yet when she arrives on the island to visit Paulina and is forced to return home with a coffin, the outpouring of grief appears genuine and palpable and although she is obviously looking for someone to blame and have them accept the consequences of their actions, she is willing to admit her own failings in influencing her daughter’s life. That she then commits the cardinal sin of lusting after Paulina’s one relatively stable male relationship, simply serves to reinforce the skewed outlook on commitment and relationships the female members of the family seem to have. Even when, years later, Judy meets and marries another ‘mainie’ man, who is in many ways as damaged as she is, the urge to try and recapture that earlier lustful dalliance, is overwhelming.

Paulina’s life and ultimately her tragic death, is literally a car crash waiting to happen. Disruptive and constantly on the verge of hitting the self-destruct button, she is a pathological liar, whose gutter language is as normal to her as breathing air. She is crude, promiscuous, an anorexic alcoholic. She really doesn’t care how many lives and relationships she damages or ultimately breaks, in her desire to get what she thinks she wants, only to toss it to one side when she is bored and something, or someone better comes along. She expects to be treated badly and therefore isn’t surprised when she is, although what she had thought was an unwelcome pregnancy, which is then miscarried, affects her much more than she thought it would. In the early 2000s, the eclectic mix of ethnic and cultural groups on the small island of Fairfolk (reportedly Norfolk Island) meant that there was obvious racial bias, which Paulina treated with her trademark contempt. Alongside that, there is also a strong misogynistic trait which runs through the male population of ethnic persuasion and of which Paulina is ultimately and inevitably, doomed to fall foul. However, despite that damning indictment of one totally screwed up and damaged young person, does that mean she would ever have deserved her eventual, devastating, terrible and no doubt terrifying fate? She is after all, still a victim!

A bold and powerful portrayal of societal and cultural mores, the short and fluent chapters, successfully alternated between past and present (pre and post Paulina’s death) and kept the story moving along at a steady pace, towards its inexorably lugubrious conclusion. This was such a complex, challenging and multi-layered storyline; which was ultra intense, rich in atmosphere, cloyingly claustrophobic, highly textured and often very uncomfortable to read. I almost forgot that to some degree, this was also a crime story, which almost became a secondary plot for me. However author Laura Woollett, seamlessly and masterfully structured the storyline and laid the groundwork for her suspects, of which, as you can imagine, there were plenty. I never even came close to putting a name or face to the killer though, so be prepared for a total surprise. Some skilled imagery with words added real depth, range and descriptive qualities, to the immersive narrative and dialogue, which although often unsettling, afforded a poignant, evocative, compelling and genuine sense of time and place.

Albeit that Laura has undoubtedly put together a well drawn and developed cast of characters, who captured my attention, I felt that I couldn’t even begin to relate to, invest in or identify with, any single one of them, so repugnant, unlikable and disconnected from reality were they and so little did any of them invoke an ounce of my sympathy. There were no neatly packaged and tied endings, and definitely no ‘happy ever afters’ for anyone in this insular and isolated society.

Based loosely on the true story of Janelle Patton’s murder, which I must admit I knew nothing about, although a comprehensive Google and Wikipedia search soon put that right, this story is a blended mix of fact and fiction, which whilst I could tell was factual in timeline, I also hope was accurate in characterisation and was not too disingenuous to the real victim. My review however, treated this completely as a work of fiction, which is how I chose to read it.

The Newcomer was not an easy read and having checked out a small selection of previous reviews, I really do think that this is one book which will take each reader on their own individual journey and for whom the author will unlock and stimulate unique senses to fire the imagination and provoke much thought and soul-searching.

A complimentary review copy was supplied by Scribe Publications.

I personally do not agree with ‘rating’ a book, as the overall experience is all a matter of personal taste, which varies from reader to reader. However some review sites do demand a rating value, so when this review is posted to such a site, it will attract a considered 5 out of 5 stars!