The Night Away
by Jess Ryder
Books On Tour
Review

Thanks as ever to the lovely Sarah, representing digital publisher Bookouture, for saving me a spot on this Blog Tour and to the Netgalley team for their continued excellent support. 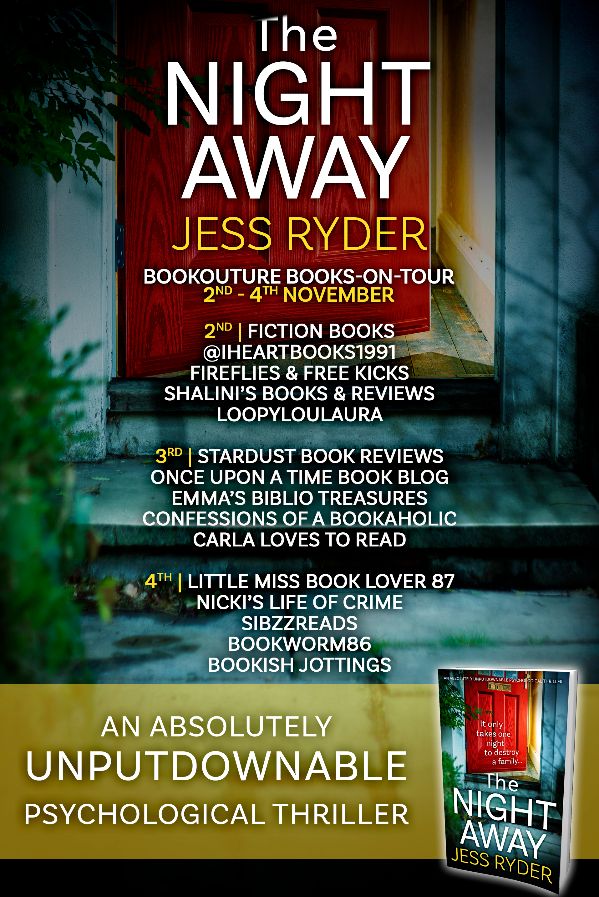 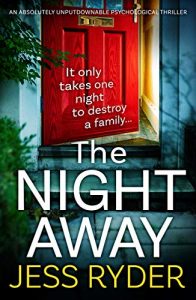 Their baby was supposed to be mine…

No relationship is perfect. But since the birth of baby Mabel, seven months ago, Amber and George have been in desperate need of a night away. Mabel is all that Amber has ever wanted but she can’t deny that sometimes she struggles to cope. George has booked them into a luxury hotel and Amber’s sister is babysitting. Yet just as they are ready to leave, Amber can’t suppress a feeling of worry…

Amber is right to be anxious. Because as she and George sip cocktails at the hotel bar, what she doesn’t know is that her little girl is in terrible danger. Somebody has been following her every move, taking note of her habits. Somebody who desperately wants a child of their own. Somebody who believes that Mabel is supposed to be theirs.

When Amber’s sister reports that Mabel’s cot is empty, Amber’s world implodes. She knows that if her baby is not found, she will never forgive her sister.

But Amber also has a secret, hidden from those she loves. Is the only person who knows the truth out to make her pay? Amber will do whatever it takes to get her daughter back… but could her lies have put her little girl at risk? 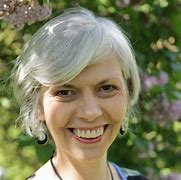 Jess Ryder is the author of five psychological thrillers – all titles are published by Bookouture.

She also writes books for children, teens and young adults as Jan Page.

With many years’ experience as a scriptwriter, Jess loves watching television crime drama. She is a passionate reader and particularly enjoys thrillers.

Jess lives with her partner in London, UK and has four grown-up children.

A FEW WEEKS BEFORE (Chapter One)

“I come to Lilac Park every day to look at babies. They are everywhere, as numerous as the squirrels. Two women are standing by the entrance gate, idly pushing their prams back and forth as they chat. A few metres away, a toddler is running circles around a tree. A young mother is walking towards me, pushing a bright red buggy and smiling into the late-afternoon sunshine. My stomach flutters in anticipation. I feel dizzy, as if somebody is spinning me around. Turning away, I pretend to watch the ducks in the pond, but my heart races as she trundles past, the buggy wheels squeaking cheerfully.”

“Taking a bottle of wine from the fridge, I pour myself a large glass. I can’t go on like this; the situation is killing me. I’ve become a ghost of myself, haunting a life that never was and never can be. If I had any sense, I’d leave London altogether and start afresh. I even have somewhere to go to”

“The bell has rung again. Who is it this time? There have been numerous comings and goings this past hour – the front door opening and closing, unfamiliar voices in the hallway, heavy footsteps on the parquet flooring. Usually, this is a strictly take-your-shoes off house, but not today. Her mother hates visitors because they leave traces that she then has to eradicate – a toilet seat left up, a badly folded towel, stray hairs, human smells … Will she cast these neuroses aside in the light of the current crisis, or will she cling to them more tightly than ever?”

“The front garden looks like a location shoot, littered with open metal boxes full of camera equipment, and hefty bearded guys muttering into their phones. The garden offers a safe haven; neither public nor press can touch them here. Two uniformed officers are guarding the gate, and a section of the street and park have been cordoned off with fresh plastic tape. The media have been forced back and are pushing against the tape like paparazzi waiting for a celebrity to emerge from the house”

“I’m confident she won’t have given my name as a possible suspect. It won’t even have occurred to her. No doubt when the police asked, as they always do, whether there was anyone who might want to do her harm, she wasn’t able to think of a single person. Such a joke. Insensitive, entitled people like Amber never realise how many people hate them. They trample through the jungle of life without a thought for creatures like me who live in the undergrowth. Either they don’t notice us at all, or they pick us up, use us and then have the cheek to call it friendship. Like we’re supposed to be grateful they’ve spent any time with us at all”

“It only takes one night to destroy a family”

Okay! So now I have had just about the entire cast of characters locked up and the key thrown away, before the identity of the  abductor eventually became obvious, even to me!!

Never have I manged to put so many names in the frame, for them all to be found innocent – well of the crime which was being investigated at least!

This story is narrated mostly by Amber and her sister Ruby, although the mystery abductor, whose name isn’t revealed until very close to the end of the book, is brazen enough to add in the odd chapter or two from their own perspective, which was definitely chilling and more than a little disconcerting.

That very first line of narrative, “I come to Lilac Park every day to look at babies”,  sets the nerves on edge and the tension building, and whilst maybe a little formulaic and predictable (although aren’t all police investigations), the storyline is built sentence by sentence, towards a satisfying if rather tentative conclusion – perhaps ‘Happy Ending’ isn’t really appropriate just yet! – but that’s after the one explosive shock that I wouldn’t have seen coming at all, although which did little to challenge my emotions or sympathy!

Jess built a very multi-layered, multi-faceted storyline, which was intense and moved along at a cracking pace, with barely a break in the action. The short chapters switched narrators regularly, which kept me on my toes, mentally making suspect lists and adding new virtual evidence as I went along. This gripping and disturbing, yet strangely compelling storyline, had good depth and range in its fluid narrative and dialogue, with the palpable suspense and sheer desperate intensity of the situation, bubbling away, never too far from the surface.

Whilst the central theme of child abduction obviously made this a strong plot driven story, there were also several sub-plots and reveals, which gave just about all the character cast their moment in the spotlight, so that I got to know them all up close and personal, although I wished I hadn’t in some (most) cases!

As if having your child abducted wasn’t enough on its own to make a situation tense and nerves frayed, when lives were put under the spotlight, the fragile veneer of normality, respectability and unity, with which these people held their complicated worlds together, cracked and crumbled, leaving behind a rather disgusting mess of lies, deceit, broken promises and lives destroyed – even lost forever.

For a while, Jess had me introduced to a well drawn and developed cast of characters I really wanted to invest in, to sympathise and empathise with. However, she very quickly revealed their selfish and complex layers of deception, to the point where just about the only one of them I had any connection with, was poor baby Mabel and I’m surprised that she wanted any one of them to be her parent!