Thanks to the lovely Vicky, representing publisher, Head of Zeus, for allocating me space on this great Blog Tour

Thanks as ever to the NetGalley team, for making the downloads so painless 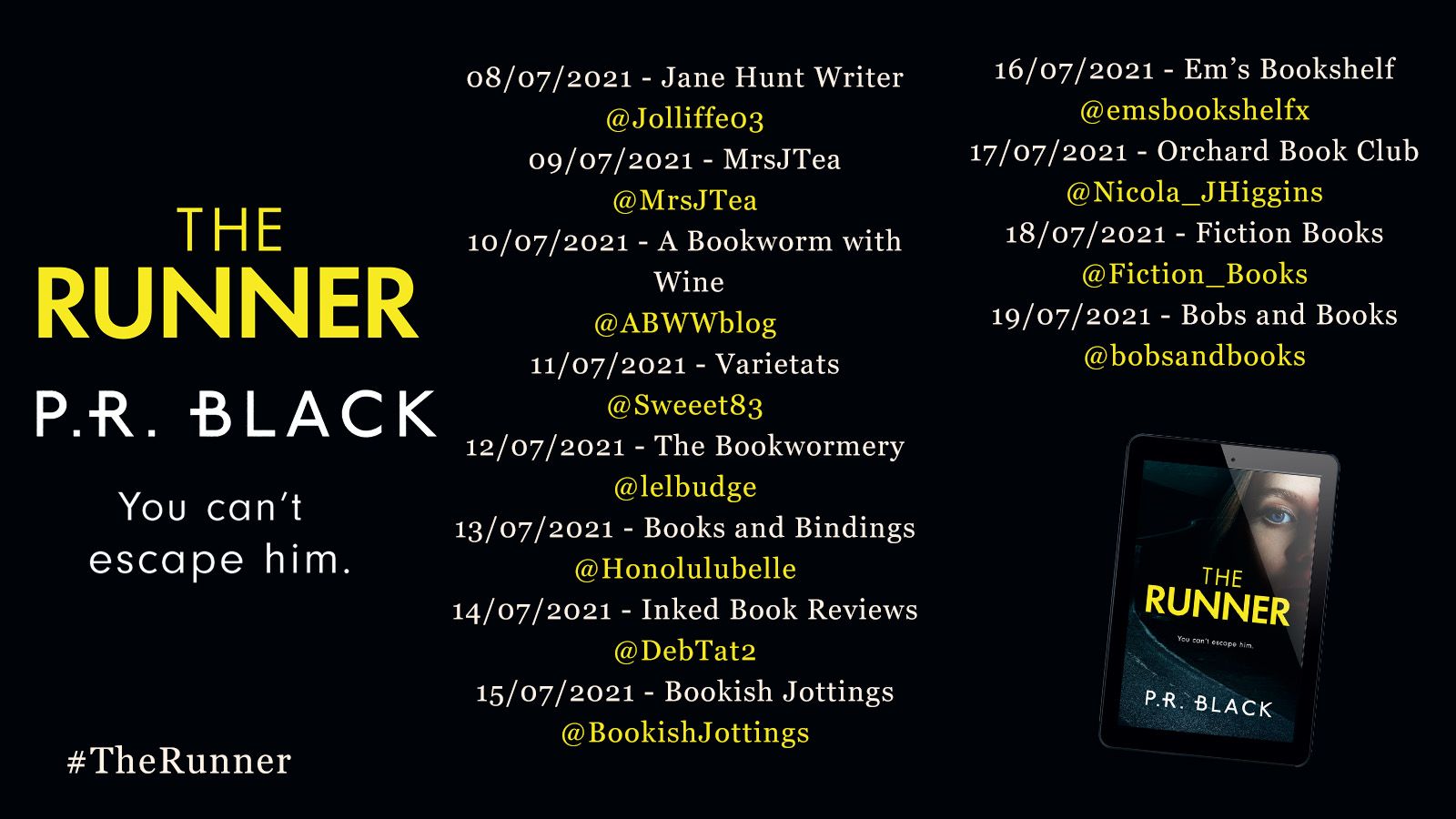 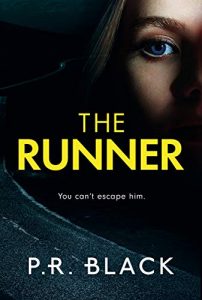 He abducts lone joggers and forces them to run for their lives.

When he catches them, he pulls out his blade…

Now he’s locked away and will be in prison for years.

They call him a psychopath, a murderer, the ‘Woodcutter Killer’.

But what if you just found out you’re supposed to call him father? 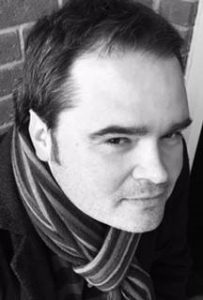 His short stories have been published in several books, including the Daily Telegraph’s Ghost Stories and the Northern Crime One anthology.

“Hey. You awake? All right in there? Not too cold, are you? Sorry it’s taken so long. I won’t keep you in suspense much longer. Don’t worry, I’ll tell you where you are in a second.

Now, look… There’s no need for that. I told you when we set off. Please don’t… Look. I’ll let you out, OK? Just don’t kick the panelling.

Did you know this van has been to Afghanistan? That’s what the guy told me, when I bought it off him. Seemed to think this was a unique selling point. Hah! Please, show a bit of respect to the old girl, OK?

Calm down. I said calm… down. I will let you out. And I’ll untie you. That’s a promise. No joke, all right? It’s not a trick. Definitely a trap, though. Heh heh”

“First there was an interview with the governor of the prison, a surprisingly dainty little woman who put Freya in mind of a bird of prey – intense, focused, but easily startled”

“It never occurred to Freya that she was lonely; just alone”

“The oak was coming into bud, but nothing about that scene or that tree suggested springtime, or rebirth, or any of the benefits of the season. It was an ugly tree, spectacular enough to take a picture of, but old, stunted and bloated”

“All the way through her life, there had been no one to hold her hand. No one to put their hand to her back, when she was frightened. Her mother’s love had been strong, but it had been smothering, in its way. She’d recognised that, but never shied away from it. So when Glenn’s hand touched her back, briefly, she felt an absurd sense of gratitude”

“They had ended their time on earth in terror. They had run, they had panicked, they had pleaded. And they had found no mercy. Only glee, or rage, or unimaginable lust”

“You don’t have to get used to the world. The world has to get used to you. That’s one way to look at it. Being shy is one thing. Being invisible is impossible”

“You can’t escape him”

If I tell you that I felt furious and annoyed almost the entire time whilst reading this book, then you may think that contradicts my next statement: I loved it! It’s only a very skilled author who can elicit such a strong emotional response and still keep me glued to the pages despite my better judgement!

The action saw me hitting the ground running with little chance to draw breath and prepare myself. The pace of the storyline was intense, fast and furious, never letting up until that very final twist, which I have to say, I never saw coming. The ending was probably about what I had expected and never quite closed the door with that final definitive ‘click’ on events. My personal fourth criteria for what makes a good thriller, is that as the main protagonist, you can’t be dead and I think that Freya might have only just made this by the skin of her teeth and some very fast thinking on her feet, which is more than just about everyone else managed!

Early on in the story, the governor of the prison tells an apprehensive Freya, that her visit to meet her father isn’t going to be like The Silence Of The Lambs, although that is exactly what their various meetings and interactions did put me in mind of. I found myself comparing the gullibility and naivety of Freya to that of Clarice Starling, with Gareth Solomon AKA ‘The Woodcutter’, portraying a rather less sophisticatedly moulded, but nonetheless psychopathically scheming, Hannibal Lecter. Pure coincidence, or was that the tiny seed planted in my mind by some skilful writing and left there to germinate?

I was more than open to cutting Freya a bit of slack, as until the recent death of her mother, she never even knew the identity of her father until just a few weeks prior to their first meeting. I was then totally amazed that she came away from her first prison visit, already convinced he is not guilty of the one and only murder he has been convicted of and she is out to help prove his innocence, despite the fact she remains open to the suggestion that so many of the other murders almost definitely bear the hallmark of his handiwork, although the bodies have never been found and the evidence against him is circumstantial at best.

That Gareth’s murder conviction is open to challenge, can be of no doubt, as the amount of police corruption and press interference and harassment, are up to their usual high, real life standards! (present company excepted of course, Pat) However, all that said, I personally struggle on a daily basis to assimilate the role of a defence lawyer, who, convinced beyond all doubt of a client’s guilt, will still defend them to the hilt and fight for their innocence and release, on a mere technicality. Definitely not a job I could do and I might even struggle with calling it a profession, hence my instant dislike of Gareth’s lawyer, Cheryl Levison, although I am convinced that she quite liked the idea of the two of them getting together on his release, as there seemed something almost feral in her demeanour, despite her sophisticated appearance!

This gripping, disturbing, multi-layered storyline was almost claustrophobically rich in atmosphere and full of dread and menace. Pat knew just how and when to ratchet up the tension another notch, as if my already jangling nerves needed anything else to worry about, or any more bodies to uncover. The story may not have been perfectly fluid and the ‘joins’ seamless, however the desperate intensity and complete confidence of the crisp, no nonsense writing style, combined with the total authority about the direction in which he was leading me, as the reader, more than made up for any minor discrepancies and left me emotionally drained and on the edge of my seat, as the body count rose exponentially and in the most gruesome of fashions.

The disparate cast of characters created by the author, really had me wanting to turn my back on them all and walk away at times, so dislikeable and disagreeable were they. I stood no chance of, nor I have to admit had, any inclination to relate and engage with, or invest in them. The more closely they were developed and defined, the worse they seemed to get. Pat ably used some strong descriptive, narrative and dialogue, with which to highlight their complete lack of moral strength and fortitude, and to be perfectly honest, I was rather pleased that most of them ended up dead and definitely by foul means, rather than fair! The only people who exuded any possibility of hope and redemption, were Freya herself and Glenn, her online investigative whizz, co-conspirator and possible new personal partner. Even they were often totally cringeworthy though, with Glenn constantly exuding an air of pained despair and defeat and Freya, who has convinced herself that her father’s compulsive need for death and destruction, has somehow manifested itself in her and possible future generations.

I really wanted to award this one the full 5 stars, which it definitely deserved for the stress, tension and fear factors. However there was just something which held me back to 4 stars and unable to fully commit, although I can’t quite put my finger on what it was! But don’t take my word for it – you really need to read this one for yourself – but not alone – and with the lights on!