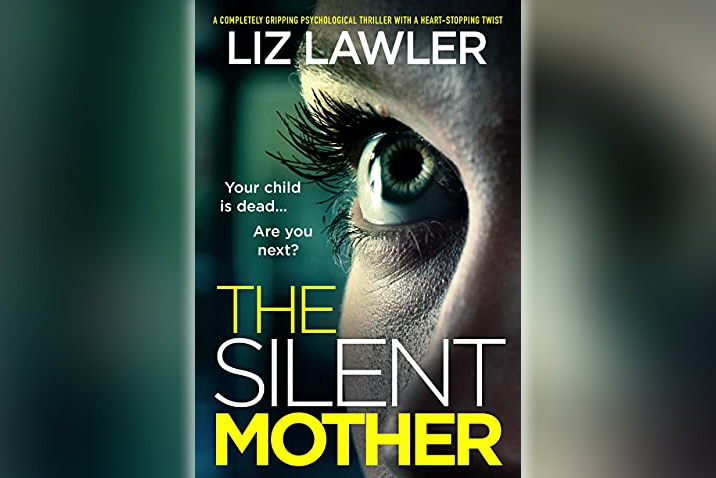 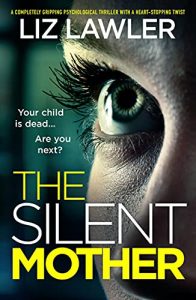 As I hear the words every mother dreads my pulse races and I go cold. But even as my world turns upside down I know the things I’m being told just don’t add up. I have to find out what really happened the night my beautiful boy died…

The police tell me it was a tragedy no one could have prevented. But then they reveal the terrible things Tom was keeping from me. The person they describe is nothing like the decent, honest man I raised. Newly qualified as a doctor, Tom had such a bright future ahead of him.

A mother knows her own child. And I’m determined to prove my son’s innocence.

It’s the last thing I will ever be able to do for him. So I have come to the city where he lived and moved into his empty flat under a different name.

When I discover his diary, it becomes clear his death wasn’t an accident.

And as I get to know Tom’s friends and neighbours I realise they’re all keeping secrets.

But as I get closer to the truth, I realise my life is in danger too… 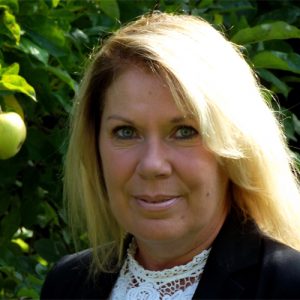 Liz Lawler grew up sharing pants, socks, occasionally a toothbrush, sleeping four to a bed. Born in Chatham, Kent and partly raised in Dublin, she is one of fourteen children.

She had a twenty-year career as a nurse and has since fitted in working as a flight attendant, a general manager of a five star hotel, and is now working with trains.

Liz has always had a love for books from a very early age, but found her passion for writing at a later stage in life and has been unable to put the pen down since. She fulfilled her ambition to became an author in 2017, when her debut novel Don’t Wake Up was published.

Liz has three children and lives in Bath with her husband.

“Ruth wheeled her overnight suitcase to the door. Apart from the bed showing evidence of a restless sleeper with its tangle of sheets, the room was as tidy as when she’d checked in. She stepped out into the corridor and let the door close behind her, breathing deeply to calm her racing heart. It had been beating uncomfortably since receiving his voicemail yesterday. Something in his voice said she needed to be worried”

“A feeling, felt only once before in another lifetime, pressed hard against her ribcage, She needed to avoid hearing this man’s words and block out what he was about to say. She felt the touch of his hand against hers and wanted to snatch it away. How had he got this close without her realising? She had to restrain herself from clamping her hand over his mouth. She was only seconds away from hearing something that would change her life forever”

“Today is why I became a doctor. For patients like Molly. She puts everything into perspective. She’s a professor of English and is 39 and is dying. She told me, you don’t need a long life to have lived. You just need to have lived all your yesterdays”

“What rubbish it was to say words can never hurt you. Words could tear your heart apart. People used them every day to destroy one another”

“Ruth was silent, needing a moment to herself. This young woman had just explained something so  simple – you didn’t need proof of something if you had no doubts in your heart. Nothing had given her reason to doubt him – she had kept faith while Ruth had floundered”

“She climbed into her car and considered the matter some more. She shouldn’t look too far ahead, or look for sadness before it arrived. Otherwise, what was the point of living? Of experiencing anything? In any case, you couldn’t stop hurt. If it was meant to happen, it would happen. No point waiting for it to arrive”

“Your child is dead… Are you next?”

This is my first Liz Lawler book, but it most definitely won’t be my last, although in my mind, I did mark this story down a little, as I had worked out what I thought was happening quite early on. I was still taken on quite a journey of discovery though, as I was left to wonder exactly how Liz was going to unmask the guilty party and tie up all those annoying loose ends, which I failed miserably to do, so I was still more than satisfied with this as a 5 star rating, as I always enjoy a complex plot which has me thinking outside of the box!

There were essentially two separate strands to this storyline, which little by little were drawn inexorably closer together, although they never really completely converged right until the very last minute. This seamless story was narrated in alternating chapters, which were short and well signposted, by Rosie and Ruth. Both ladies with something to hide, although for one there is only grief and loss, the wish to uncover the truth, the need clear and cleanse her son’s name and professional reputation, and her hope to be able to set her own troubled mind to rest. Whilst for the other, there is only jealousy, vengeance, revenge and hatred in her heart and she will go to any lengths to save herself, whatever the cost to anyone else. By the time this is all over, one will be vindicated, the other vilified.

A multi-layered, well structured storyline, which is intense, immersive, slowly evolving and highly textured. Replete with red herrings, one or two shocking revelations and with multiple twists being thrown into the mix right until the very end. Keeping track of all the medical staff involved in a gripping and disturbing plot, where the stakes are so high and where so many personal and professional reputations are at risk, keeps everyone on their toes, eager to say and do the right things to make a good impression.

I don’t want to give away any specific spoilers, however, suffice to say that I felt this story also served to highlight the many guises in which mental health issues can manifest themselves and how unstable individuals can suffer in silence for so long, because of the unseen hidden nature of the illness.

Also brought to the fore, is the way in which most of us will blindly and often misguidedly accept, without question or challenge, the power of those people in trusted professions, who we deem to have authority and integrity over our day to day lives. This storyline blows many of those perceptions out of the water, even though the transgressions might have been taken with the most honest of intentions and motives. How far can you bend the truth before it breaks, leaving misery and devastation in its wake?

Liz has developed a well drawn cast of characters, who whilst all complex, emotionally starved and vulnerable, with little or no synergy or dynamism between them, really divided my feelings and emotions right down the middle. Many were raw and passionate, yet still authentic, genuine and believable. Others were unreliable, volatile, manipulative and duplicitous. I’m not sure that I really connected with, related to, or invested in, any of them totally. Often dour and lugubrious, none of them really offered me a compelling reason to identify with them, which made uncovering and exposing their many hidden motives so difficult, just as I am certain, Liz intended. Not all of them were given a strong voice with which to tell their story either, so there was a lot of reading between the lines to do and emotional attachments to be unravelled and analysed, before any kind of truth or justice was revealed. When two like minds meet, there just might be the spark of a happy ending and new beginnings for two of the protagonists, which I was pleased about, even though my enthusiasm might have been a little tempered by the means and cost taken to get the eventual end and closure.

“Oh! what a tangled web we weave, when first we practice to deceive”

I am a big fan of the cover art for this story and if you check out Liz’s previous three novels, you can immediately spot the common theme running through their respective covers, making them a good looking, eye-catching suite of books (no pun intended!)

A complimentary download of this book for review purposes, was made available by the publisher Bookouture and delivered courtesy of NetGalley