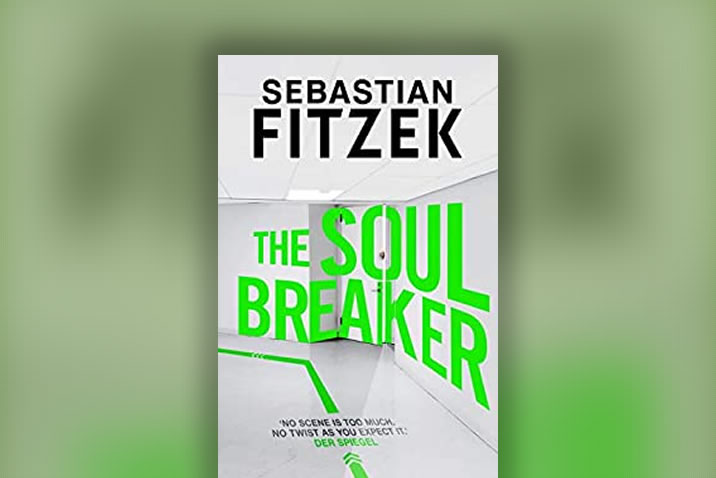 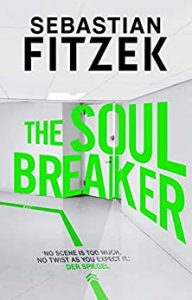 He doesn’t kill them or mutilate them. But he leaves them completely dead inside, paralyzed and catatonic. His only trace a note left in their hands.

There are three known victims when suddenly the abductions stop. The Soul Breaker has tired of his game, it seems.

Meanwhile, a man has been found in the snow outside an exclusive psychiatric clinic. He has no recollection of who he is, or why he is there. Unable to match him to any of the police’s missing people, the nurses call him Casper.

Casper makes little progress regaining his memory, but he grows restless and wants to leave the clinic to piece together the few clues to his life. But the weather has taken a turn for the worse, and the clinic becomes completely cut off to the world outside.

No one is able to reach the clinic, and its staff and patients cannot leave.

So when the head psychiatrist is found trembling, naked and distraught, with a slip of paper clasped in her hands, it seems somehow the Soul Breaker has returned.

Sebastian Fitzek was born in Germany in 1971. After attending law school and being promoted to LL.D. he decided against a juridical profession in favour of a creative occupation in the media.

After the traineeship at a private radio station, he switched to the competition as head of entertainment, becoming chief editor. Thereafter he became an independent executive consultant and format developer for numerous media companies across Europe.

Sebastian is one of Germany’s most successful authors of psychological thrillers. His books have sold over 11 million copies, been translated into more than 24 languages, and have been the basis for international theatre and cinema adaptations.

He was the first German author to be awarded the European Prize for Criminal Literature.

Sebastian lives with his family in Berlin.

“The most frequently asked question has to be: “Don’t you have to be a maniac yourself in order to write about that sort of thing?” Back then I often replied with a counter question, asking the readers if there was something wrong with them, because they actually spend money to let me pass my nightmares on to them”

SEVENTY–ONE DAYS BEFORE THE FEAR

Luckily it was all just a dream. She wasn’t naked, nor were her legs strapped to that antediluvian gynaecological chair while the maniac sorted out hi instruments at a rusty side table. When he turned round she couldn’t see at first what he was holding in his blood-encrusted hand. Then, when she did see it, she tried to shut her eyes but failed….

“In the few sessions they’d had together, Sophia had become a sort of sheet anchor in the ocean of his consciousness. And now she was going to sever the anchor chain”

“His memories were like pieces of furniture in an empty house whose previous owner had shrouded them in dust sheets. Until yesterday he’d tried to tear the dust sheets off. Today he was afraid they might be concealing some terrible truth”

“Surprising, thought the professor as he turned away from Lydia and her notes. Really surprising how, in spite of drawing the wrong conclusions, one can arrive at the correct and all-important question”

“A crisis is said to resemble a sharp fruit knife. It removes the peel and exposes the core: the amorphous, largely instinct-governed primordial state in which morality is dominated by self-preservation”

“It wasn’t murder, it wasn’t rape, it wasn’t torture; this crime was far, far worse”

The real crime about this book, was definitely that I spent so much time sat on the edge of my seat, glued to the pages, that I had a numb bottom and a completely messed up head, by the end! It really is no surprise that I suffer with Nosocomephobia (that’s a fear of hospitals in everyday language) and that’s just as a visitor, mention an appointment and I am like someone demented, which also rather neatly sums up part of this, for me, very uncomfortable, claustrophobic and nerve-wracking journey into the minds of both victims and perpetrators.

The page-turning story hit the ground running with those very first lines, no slow build up to the plot here. The action wasn’t fast paced, although the many twists and turns, kept things moving along steadily and seamlessly. The ending was  more or less what I was expecting, although even then Sebastian had to sneak in another genius variable, which left things over, yet up in the air! To be fair, the final twist was just about the only element of the storyline I saw coming with any real accuracy, everything else had me playing catch-up, – and I thought I had a rather devious streak in me when it comes to working out thriller plots, but this one was something else!

The story is narrated in dual timelines, although it doesn’t dive back and forth too many times and the well signposted, considered length chapters, made things easy to keep track of. Very well structured, intensely textured and multi-layered, this lugubrious storyline was quite unique and unconventional, putting me very much in mind of the 1970s film Coma, an adaptation of the Robin Cook book of the same title. Those underground hospital  corridors that go on forever, with lighting that only operates as you approach it and then switches neatly off as you pass, always leaving you in semi-darkness. Those sterile rooms full of machinery which is always large and noisy, concealing a whole host of real and imagined horrors. Those areas of hidden terror, the pathology departments and morgues, where anything or anyone might lurk in the shadows. A sense of time and place which was so strong as to cause a palpable tension within me.

As well as being a consummate and powerful storyteller, Sebastian is an author skilled in the visual depth, desperate intensity and immersive qualities of his narrative and dialogue. He writes with total authority and complete confidence, about a subject he has clearly thoroughly researched and manages to tie up all those loose ends neatly. Sometimes the technical details were a little overwhelming, but I needed to be clear in my own mind what was happening in this distorted picture, so that little bit of extra concentration on my part, really paid off in the long run. Wow! are these people weird or what! What kind of socially depraved caves do they inhabit, that they really think that playing with people’s minds, making them like the walking dead, is in any way acceptable!

Sebastian paid great attention to detail when he cleverly crafted a small cast of completely unlikable, complex characters, who have been afforded individually strong, almost malevolent voices, with which to tell their story of dark dread and menace. Each one of them has some kind of axe to grind, or a deep, dark secret which they wish to remain hidden. There can be no sense of working together to outwit a common enemy, as each of them is a suspect in the others take on the situation, so there is no one foe to fight for, in this emotionally disturbing, complex snapshot of mans inhumanity to man.

A Kindle download of this book for review and promotional purposes, was kindly gifted to me by the publisher, Head of Zeus, with the download being facilitated by NetGalley.