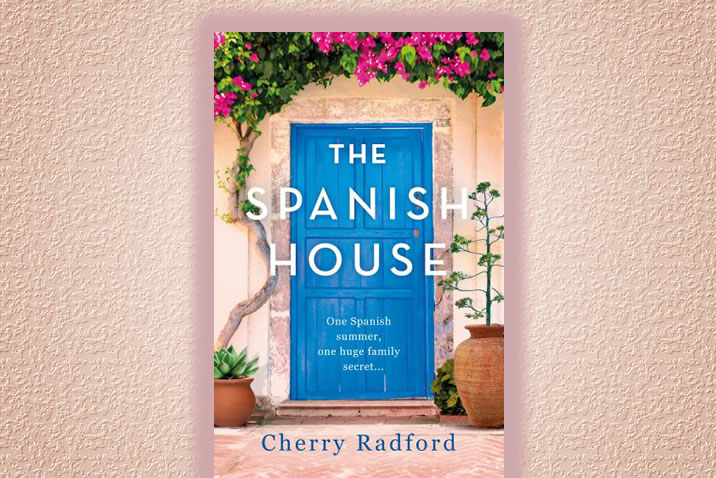 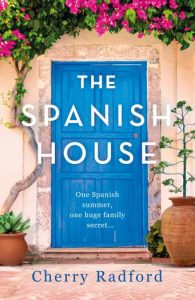 Juliana makes a modest living as an ‘ethnic’ TV/film extra – even though the only connections with her Spanish heritage are her cacti, Spanish classes, and some confused memories of a Spanish mother she hasn’t seen since she was seven.

When her beloved Uncle Arturo offers her the chance to discover her roots while housesitting his coastal home in a quiet corner of Andalusia, Juliana can’t believe her luck.

Especially when he reveals that the house will be hers if she fulfils ten life-enhancing ‘Conditions’ within 90 days.

Redecoration of the house and a visit to the old film studio where her mother used to sew costumes seem ridiculously simple tasks for such a wonderful reward.

But little does Juliana realise that there are family secrets and inherited rivalries awaiting her in sunny Spain, and the condition that she has to ‘get on with the neighbours’ – who include a ruggedly handsome but moody artist – may be harder than she thinks. 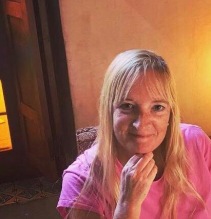 Cherry was always going to be an author when she grew up, but meanwhile she was a keyboard player in a band, a piano teacher at the Royal Ballet School and then a post-doctoral research optometrist at London’s Moorfields Eye Hospital.

FINALLY the inspiration arrived and she started her first novel – in a coffee break at a scientific conference! Nowadays she divides her time between her writing and a few lovely piano pupils.

Cherry writes uplifting novels about identity, renewal and finding soulmate romance when you least expect it. Having inherited a love of Spain and its culture from her half-Spanish mother, all her novels have a Spanish connection or setting.

The Spanish House is the first of three stories set in the starkly beautiful and unspoilt Cabo de Gata coastal region of Andalucía where she is now lucky enough to live with her family.

The girls weren’t even talking loudly. Later, they’d wonder how they were heard, above the clatter of the District Line. They’d explain that all they did was find themselves sitting next to each other, saying hello-I-mean-hola, and then chatting in Spanish – as members of South Ealing Spanish Practice Meetup do. In next to no time, it seemed, the lads lurched down the carriage to them and a fag-stained finger was wagging inches from Juliana’s face.

Juliana looked up to meet the half-closed eyes of a tall and swaggering Fag Finger and his potato-faced sidekick.

‘Sorry if it bothers you,’ she said. ‘We’re getting out soon anyway.’

“You are not an “extra” here in Spain. It’s not enough to just turn up; you have to start involving yourself – ripen from the inside out like the Raf. Only then will your time here be truly special – and the house become yours”

“This was one of the problems of having a thing for your neighbour; it seriously cramped your lack of style”

Author Cherry Radford has written a sweet and poignant romance, with a light touch of mystery and suspense; which took me, along with Juliana, on her delicious journey of self-discovery and enlightenment.

Those opening lines all help to set the scene for this summer of discovery and a lifetime of change. Relatively short chapters kept the pace of the storyline fluid, seamless and fast moving; and as you might expect, all those little loose ends were neatly packaged and tucked away by the end, for that happy-ever-after feeling.

The story was definitely three dimensional, being equally plot and character driven; whilst having the added advantage of that third and all important quality, a genuine sense and essence of time and place, which was rich in cultural and social atmosphere, with a real community atmosphere, making it fully immersive, thanks to the lovely observationally detailed  and vibrant, descriptive narrative, together with  some compelling and perceptive dialogue. A real bonus for any summer “deckchair traveller”, is having an author who is fully invested in the location they choose for their storyline to unfold and the authenticity of the characters they then introduce into that environment and Cherry has that one totally nailed!

The premise tells you in a nutshell the bare bones of this story, so not wishing to reveal too many additional spoilers, I’ll probably not say any more and spoil Juliana’s journey for anyone else. The list of conditions Uncle Arturo sets for Juliana to complete in her allotted time, at first glance appear random and unrelated. However it turns out that the list has been compiled with a great deal of thought and consideration, with the intention of testing Juliana’s suitability and commitment to inherit his coastal property in some depth, with the tasks forcing her to face her past, long forgotten memories, assessing her strength of character, morality and judgement. She also has to prove she is able to adapt and fit into a small rural community, to become as one with them, without forcing them to change in accommodating her.

In some bittersweet moments, Juliana also has to discover, uncover, face up to and own, several personal facts from her past, which have hitherto been kept from her, albeit ostensibly for her own good, although she has often questioned the validity of the stories she has been told. Often raw and passionate moments of reflection, challenge her emotions to the max. How she chooses to deal with them and heal any rifts and cracks which affect relationships with her inner circle of friends and family, is a much deeper challenge, which Uncle Arturo also hopes she will now have the maturity to deal with. Juliana has plenty to learn about herself and her own resolve and stoicism, whilst adapting to take other people’s feelings and motives into account.

This well structured, multi-layered storyline was beautifully textured, immersive, filled with some sweet moments of heart and humour, and authentically written with an assured, intuitive ease of style and confidence, by an author who knows her characters inside out and exactly where she is taking her storyline. At times profoundly touching, emotional and compassionate, there were also some amusing, laugh-out-loud moments and dialogue exchanges, which Cherry wove into the fabric of everyday life, with great care and thoughtfulness. Especially when Juliana meets the ruggedly handsome artist who lives next door. Their on/off friendship literally switches tempo minute by minute, hot Spanish emotions flare and Juliana is not impressed when it transpires that he too is hiding something from her. Emotions run hot and cold, as they play a game of cat and mouse, which neither really has the heart for, as their eventual fate has so obviously been inexorably sealed from that very first meeting, if only they will take the time to allow their relationship to flourish naturally. It just needs Juliana to step back, take some time to consider her options in the cool, calm manor which Uncle Arturo expects of her and make her final decision that’s right for everyone, not just herself.

A cast of well developed and defined, engaging characters, totally owned this storyline and had been given a huge voice to tell their story, directing and guiding events, with just the slightest helping hand from their creator. Genuine and believable, some vulnerable and complex, they were all authentic, addictive, totally worth investing in and easy to relate to. On the whole, there was a great synergy between them, as they welcome Juliana into their midst, which made this a reading experience to savour slowly and totally indulge in.

In the summer Spanish sun, does Juliana get her house and her man in the end? – Now that would be telling!

This light summer read, kept me engaged and entertained; provided some good moments of enjoyment and escape from reality; and of course the emotion of the storyline was totally evocative – job done Cherry!

A complimentary kindle download of this book, for review purposes, was made available by the publisher Aria and Aries Fiction and supplied by NetGalley.