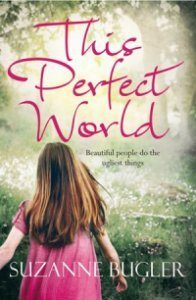 Laura Hamley is the woman who has everything: a loving and successful husband, two beautiful children, an expensive home and a set of equally fortunate friends.

But Laura’s perfect world is suddenly threatened when she receives an unwelcome phone call from Mrs Partridge, mother of Heddy – the girl Laura and her friends bullied mercilessly at school.

Heddy has been hospitalized following a mental breakdown, and Mrs Partridge wants Laura’s help to get her released.

As Laura reluctantly gets drawn back into the past, she is forced to face the terrible consequences of her cruelty.

But, as her secrets are revealed, so too is another even more devastating truth, and the perfect world Laura has so carefully constructed for herself begins to fall apart. 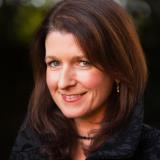 Suzanne Bugler lives near Kingston in South West London with her husband and children.

She has been writing bits and peices for a long time, in between raising her family.

“Most people’s lives are never quite what they seem!”

This book worried me, before I even opened the first page, as having been bullied many times during my youth and even beyond, I knew it was not going to be a comfortable read. As it was, I found myself examining my own behaviour and asking the question, “Have I ever been the perpetrator of bullying, rather than the victim?” The answers were not always the ones I wanted to hear and were certainly not a palatable thought.

The characters, none of whom were particularly likeable, are well formed, complex and focused, standing up well to close inspection, in this emotionally draining story.

The central group of characters, in Laura’s high flying world, operate a filtering system for would be members, both for themselves and their children, excluding those who are ‘not the right sort’. Behaviour which they see as totally acceptable, only serves to make them appear shallow and insubstantial and is to me, a reflection of their intrinsic values, which are self-centred, egocentric and selfish, existing only to jostle for position as top dog within the group. This group of course, includes Laura, for whom this behaviour is only an extension of her childhood days, although she just doesn’t seem to comprehend that bullying comes in many different guises and her participation in this selection exercise is only an extension to the physical and psychological bullying of her youth.

The long term consequences of cruelty, to both the victim and the perpetrator, only start to become apparent to Laura, when her nemesis from childhood days, Heddy, reappears in her life in dramatic and compelling style, making you almost afraid to keep reading, but knowing that Laura has to confront her actions head-on, as she moves towards a form of redemption.

In Heddy, Suzanne has crafted a complex and sad character, who spent her youth trying to emulate and befriend Laura, receiving only ridicule and hurt in return. Even now, when she has been thrust back into the path of her torturer, she is crying out in vain to gain acceptance for who and what she is, but is unable to overcome the self-loathing that has been instilled in her by the treatment she received so long ago, at Laura’s hand.

Heddy’s mother, Mrs. Partridge plays mind games of her own with Laura, as she attempts to force the two women together, into the friendship she thinks they should have. Switching subtly between role of concerned mother who wants her daughter to have friends and a social life, to becoming Laura’s accuser and voice of her conscience as she lays the blame firmly at Laura’s door, for Heddy’s current plight. Suzanne has done an excellent job with this ‘Jekyll and Hyde’ character, on the surface meek and desperate, whilst in truth being creepily manipulative.

There are powerful and vivid observational scenes, as the cracks in Laura’s world become chasms, with the consequences of her actions being dramatic and permanent. The relationship with her husband deteriorates drastically, when Laura strips away the veneer of their marriage, to expose his true feelings, where status and appearances are everything he needs to climb higher up the social ladder, at the expense of a lasting and loving relationship with his wife and children.

Laura harks back to childhood days and begins to examine her relationship with her parents, realising that all is, and never was, quite what it seems. She rushes in to confront them, unaware that her world is about to come crashing down around her again, when the true extent of their deception is revealed, leaving her broken, ashamed, racked with guilt, and most importantly, for the first time ever …. Alone and unwanted!!!

This is a compelling and beguiling tale, intertwining past and present, but with the basic premise that hurt engenders hurt, becoming an ever-increasing vicious circle, that is only to be broken in a dramatic and life changing way.

It also closely examines guilt and the fronts we put up in life to fit in and to protect ourselves.

This is one of those books which would be ideal for a book club debate and discussion, as there are so many facets to the story line and characters, which can be interpreted in a myriad of different ways by the individual reader.