‘Women Of A Dangerous Age’ by Fanny Blake

‘WOMEN OF A DANGEROUS AGE‘

Lou has realised that she is married to a man who no longer loves her. Now that their children are grown, is it too late for her to make a fresh start and set up the business she has always wanted?

Ali is a serial mistress. But when her latest lover suggests that they move in together, she realises she wants more. But can she trust him to make that permanent committment?

When Lou and Ali become friends on a life-changing holiday in India they begin to learn just how much they have in common. But when a revelation shakes the growing bond between them, their courage and friendship is tested to the limit. 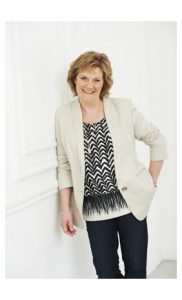 If you want to sacrifice the admiration of many men for the criticism of one, go ahead, get married

Her parents must have been in their late forties then, a little older than she was now: a dangerous age, a time when you look at what you have and what you want. Either you act and effect a change or you settle for what you know

When two women of a ‘dangerous age’ meet … sparks are sure to fly!

Lou and Ali, seem the unlikliest of bedfellows, however, the sudden realisation that they have substantially more in common than they think, rather than seeing them at each others throats, has the opposite affect of uniting them in the common cause of making sure that after confronting the miscreant, they are there for each other, to pick up the pieces and be mutually supportive as each attempts to carve out a new place for themselves in society.

I almost made the mistake of assuming that Lou was the weaker of the two women, as she had led the more sheltered life,  built up around a small nucleus of family and friends. I came to the conclusion however, that the gregarious, flirtatious and freedom loving Ali, was in fact the more insecure of the two. When the chips were down, Lou is the truly courageous one who is ready to make the clean break from her old life and follow her dreams independently and fully committed, whereas Ali is still searching for a compromise in the situation, which will give her the ‘get out of jail free’ card, if she ever needs it and still leaves her short of the full committment to change.

The edges are definitely blurred, as to where and when this perceptive and interesting work of fiction, becomes a reality check and an almost frightening article of social comment. It is definitely a poignant and empowering story, highlighting not only the importance and unconditional support of family and friends, but the concept that every individual should be afforded the oppotunity to follow their dreams, without fear of the consequences, although never at the expense of innocent others, whose feelings and emotions should be respected at all times… Definitely a thought provoking read.