It’s Monday! What Are You Reading? 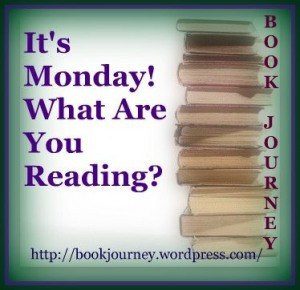 Hello!  Welcome to It’s Monday What Are You Reading?  The weekly meme hosted by Sheila at Book Journey, that we use to share what we read this past week and what our plans are for the upcoming week.  It’s a great way to see what others are reading and add to your own ‘To Be Read’ list.

Sharing my recent past, current, and immediate future, reading schedules; together with my most recent and upcoming reviews. All book titles have links to posts which share more information about both book and author. You never know where that next great read may come from!

‘The Cabinetmaker’ by Alan Jones

A young detective’s first case ends with a miscarriage of justice that haunts him, even when the freed killers’ lives begin a spiral to hell.

Set in Glasgow from the late nineteen-seventies through to the current day, ‘The Cabinetmaker’ is an unusual crime novel, telling the story of one man’s response to his son’s murder, and his personal fight to see justice carried out when the law failed him.

In 1978, young Glasgow policeman John McDaid’s first day in CID sees him in the thick of a murder investigation. A gang of young thugs has brutally murdered Patrick, the only son of local cabinetmaker, Francis Hare.

John and Francis become unlikely friends, united by a desire to bring Patrick’s killers to justice, by a love of playing football, and by Francis’ introduction of the young detective to a lifelong passion for woodworking and fine furniture.

This is the story of their relationship, the Cabinetmaker’s quest for justice, and the detective’s search for the truth.

‘The Devil’s Ribbon’ by Denise Meredith

July, 1858. London swelters, and trouble is brewing. Forensic scientist Adolphus Hatton and his trusty assistant Albert Roumande have a morgue full of cholera victims to attend to, and an eager apprentice to teach. But alongside the cholera outbreak, London is also home to a growing unrest. When a leading politician of the Irish Unionist movement is murdered, the flamboyant Inspector Grey calls on Hatton and Roumande to help solve the case.

But Inspector Grey proves difficult to deal with – callous and hot-headed, he is determined to catch his criminals using any method, no matter how corrupt. When it becomes clear that they are dealing with a series of violent killings, Hatton and Roumande must attempt to find the connection between the victims – at the same time unravelling a bombing campaign by a group of would-be terrorists and exploring the method of fingerprinting, their newest forensic tool.

And amongst all this, Professor Hatton finds himself dangerously distracted by a beautiful woman and painful memories from his past. As the kaleidoscope of outlandish characters, dockside strikes, bomb blasts and violent retribution reaches a crescendo, Hatton’s skillsare tested to the limit.

‘Blue Wicked’ is a Gritty thriller set in the south side of Glasgow.

Eddie Henderson finds himself as the unlikely investigator with information that there’s a serial killer targeting the substance dependent underclass who inhabit the notorious Glasgow housing estates. The police force ignore his warnings but one young detective believes him and she helps him search for the truth, despite putting her own career at risk.

Their desperate search for the truth on their own proves Eddie right and sparks off a massive manhunt, with Eddie and Catherine, the young detective, at the forefront of the investigation.

‘Must Love Sandwiches’ by Janel Gradowski

Emma has worked hard to establish herself as an artist. The artists’ colony where she lives is heaven compared to the rundown trailer parks she grew up in. After a relationship comes to an unexpected end she decides to make some drastic changes in her life, but it isn’t as easy as just flipping a switch. Her best friend, Daisy, thinks she’s being too extreme. Plus, the owner of Emma’s favorite food truck is more tempting than the gourmet sandwiches he serves. That makes everything even more complicated. Is taking a different route in life the best thing to do? What if she ends up miserable instead of on the path to happiness?

“Must Love Sandwiches” is the first volume of The Bartonville Series of foodie fiction. This is a “cake” sized (novella) story of approximately 30,000 words. Recipes and two “truffle” sized (flash) stories of about 1,000 words each are also included.

You can read my review here …

‘Through A Yellow Wood’ by Caroline J. Rose

Have a great reading week everyone!

Share
FacebookTwitter
Tagged asIt's Monday! What Are You Reading?Weekly Meme