First up this time, my thanks go out to Vicky, representing publisher Aria Fiction, for finding space for me on this lovely Blog Tour Review

THE DISTANT DEAD – (The Detective’s Daughter #8)

Cleaner-turned-detective Stella Darnell connects a murder in Tewkesbury Abbey to a decades-old mystery in wartime London.

London, 1940
A woman lies dead in a bombed-out house. It looks like she’s another tragic casualty of the Blitz, until police pathologist Aleck Northcote proves she was strangled and placed at the scene. But Northcote himself has something to hide. And when his past catches up with him, he too is murdered.

Tewkesbury, 2020
Beneath the vast stone arches of Tewkesbury Abbey, a man has been fatally stabbed. He is Roddy March, an investigative journalist for a podcast series uncovering miscarriages of justice. He was looking into the murder of police pathologist Dr Aleck Northcote – and was certain he had uncovered Northcote’s real killer.

Stella Darnell used to run a detective agency alongside her cleaning business. She’s moved to Tewkesbury to escape from death, not to court it – but Roddy died in her arms and, Stella is someone impelled to root out evil when she finds it. Now she is determined to hunt down Roddy’s killer – but then she finds another body..

I have to thank author Jonathan Yalon for my next great new read, as he reached out to Fiction Books for a review of the new English translation for the book.

KING GENGHIS I by JONATHAN YALON 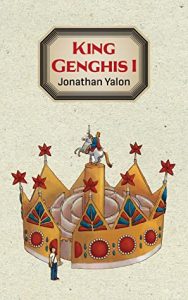 And finally today – I don’t read poetry on a regular basis, however this I would call my ‘coffee table’ reading, books that I can dip in and out of to just read one or two poems at a time as the mood takes me. I would like to thank the author for reaching out to me through our friendship on Goodreads, and for gifting me a complimentary Kindle copy of the book for review.

YOUR WORDS by LOUISE BELANGER 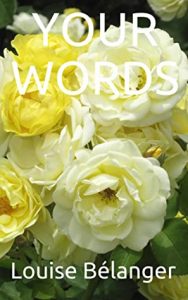 Louise is a new author, living in Canada

It’s about God, confinement due to Covid-19 pandemic, life, relationships, and lovely stories.

It will make you think, encourage you, inspire you, and bring a smile to your face.

It also contains beautiful photographs, as that is the second passion of the author.

Chat with the author via her Goodreads page