First of all this time, I would like to thank Claire, representing publisher Flatiron Books, for inviting me to take part in the informal Blog Tour for this book in July 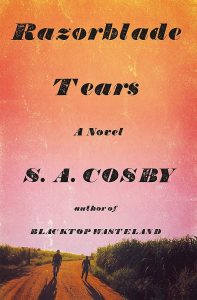 A Black father. A white father. Two murdered sons. A quest for vengeance.

Ike Randolph has been out of jail for fifteen years, with not so much as a speeding ticket in all that time. But a Black man with cops at the door knows to be afraid.

The last thing he expects to hear is that his son Isiah has been murdered, along with Isiah’s white husband, Derek. Ike had never fully accepted his son but is devastated by his loss.

Derek’s father Buddy Lee was almost as ashamed of Derek for being gay as Derek was ashamed his father was a criminal. Buddy Lee still has contacts in the underworld, though, and he wants to know who killed his boy.

Ike and Buddy Lee, two ex-cons with little else in common other than a criminal past and a love for their dead sons, band together in their desperate desire for revenge. In their quest to do better for their sons in death than they did in life, hardened men Ike and Buddy Lee will confront their own prejudices about their sons and each other, as they rain down vengeance upon those who hurt their boys.

Provocative and fast-paced, S. A. Cosby’s Razorblade Tears is a story of bloody retribution, heartfelt change – and maybe even redemption.

Next, I was lucky enough to bag one of those gold-dust “Read Now” options featured by Netgalley and supplied by publisher Avon Books, who were already on my favourites list 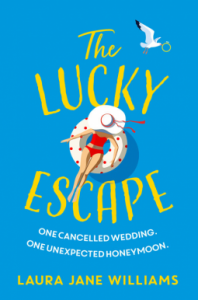 When the day finally comes for Annie to marry Alexander, the last thing she expects is to be left standing at the altar. She was so sure he was Mr Right. Now, she has no idea how she could have got it so wrong.

After a chance meeting with Patrick, an old friend who reminds her of who she used to be, Annie takes a vow of her own: she’ll say yes to every opportunity that comes her way from now on.

ONE SPARE TICKET FOR THE HONEYMOON

Could a spontaneous trip with Patrick be the way to mend Annie’s heart? She’s about to find out as she embarks on her honeymoon – with a man who’s not her husband…

Finally this time, another great new thriller read, courtesy of publisher Head Of Zeus, with whom I have auto-approval on NetGalley 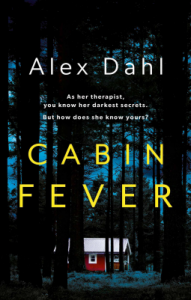 You are her therapist.
Kristina is a successful therapist in central Oslo. She spends her days helping clients navigate their lives with a cool professionalism that has got her to the top.

She is your client.
But when her client Leah, a successful novelist, arrives at her office clearly distressed, begging Kristina to come to her remote cabin in the woods, she feels the balance begin to slip.

But out here in the woods.
When Leah fails to turn up to her next two sessions, Kristina reluctantly heads out into the wilderness to find her.

Nothing is as it seems.
Alone and isolated, Kristina finds Leah’s unfinished manuscript, and as she reads she realises the main character is terrifyingly familiar…