Kirk was very quick off the mark when I left a comment about this book, which was featured on a fellow blogger’s website a few weeks ago. No sooner had the ink dried on my thoughts that I was going to add ‘Land Of Hidden Fires’ to my reading list, than my email pinged with Kirk’s pre-approved NetGalley download of the book. Who could possibly say “no” to such speedy dedication.

Occupied Norway, 1943. After seeing an allied plane go down over the mountains, headstrong fifteen year-old Kari Dahlstrøm sets out to locate the wreck. She soon finds the cocky American pilot Lance Mahurin and offers to take him to Sweden, pretending she’s a member of the resistance. While her widower father Erling and the disillusioned Nazi Oberleutnant Conrad Moltke hunt them down, Kari begins to fall for Lance, dreaming of a life with him in America. Over the course of the harrowing journey, though, Kari learns hard truths about those around her as well as discovering unforeseen depths within herself.

Kirk Kjeldsen received an MFA from the University of Southern California and is currently an assistant professor in the cinema programme at Virginia Commonwealth University’s School of the Arts.

His first novel, Tomorrow City, was named one of the ten best books of 2013 by The New Jersey Star-Ledger.

He also wrote and produced the feature film Gavagai, which was directed by Rob Tregenza.

Kirk lives in Essen, Germany with his wife and two children

Thanks so much, Nicki! And thanks for posting your amazing review - I really appreciate you taking the time. https://twitter.com/NickiRICHARDS7/status/1294237835621433346 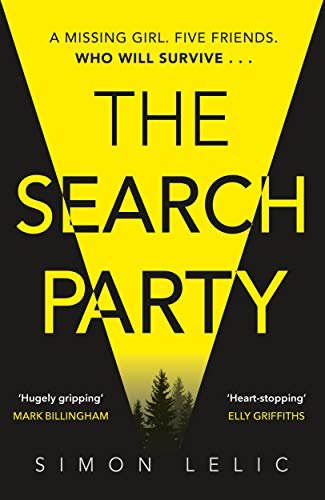 #BookBeginnings Murder in Pigalle via @RobertaGibson

#BookBeginnings Murder in Pigalle - It's A Mystery Blog

It has been way too long since I’ve been able to join  Book Beginnings on Fridays. Today I’m reading Murder in Pigalle by Cara Black for ...