This new and unexpected addition to my virtual shelf, came as the result of a personal email from the author, with the Kindle download link being provided by the lovely NetGalley folks.

I think that ‘The Odyssey Home’ is going to take me way outside of my usual reading genres, however I am intrigued and drawn in enough by the premise, the alluring cover art and the many interesting reviews and thoughts fellow readers have documented after finishing the book, to give this one a try for myself.

Scott’s own overview of the book and his complete departure from the thriller / legal drama of his first novel, also moved me to add ‘The Odyssey Home’ to my list and I am hoping that he is going to drop by with a guest post very soon, which I can’t wait to read.

The Book – ‘REVENANTS – THE ODYSSEY HOME‘

ONLY BETSY CAN GET HIM HOME IN TIME; ONLY HE CAN BRING HER BACK BEFORE IT’S TOO LATE.

A grief-stricken candy-striper serving in a VA hospital following her brother’s death in Viet Nam struggles to return home an anonymous veteran of the Great War against the skullduggery of a congressman who not only controls the hospital as part of his small-town fiefdom but knows the name of her veteran. A name if revealed would end his political ambitions and his fifty-year marriage. In its retelling of Odysseus’ journey, Revenants casts a flickering candle upon the charon toll exacted not only from the families of those who fail to return home but of those who do. 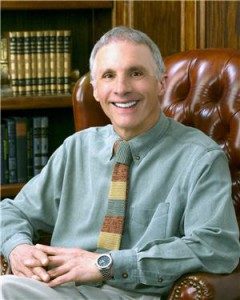 Scott claims his fiction career began with an in-class book report written in Mrs. Baer’s eighth-grade English class when, due to a conflict of priorities, he failed to read the book. An exercise of imagination was required. Scott snagged a B, better than the C he received on his last report when he actually read the book.

Thus began his life-long apprenticeship as a teller of tales and, some would snidely suggest, as a lawyer as well, but they would be cynics, a race Oscar Wilde warned us knew the price of everything and the value of nothing.

Scott is the author of the legal-suspense novel, ‘In Deepest Consequences’, and a recipient of the 2011 Mighty River Short Story Contest and the 2010 Hackney Literary Award. His short fiction has been appeared in Big Muddy, Adelaide Magazine, and Lascaux Review. He is now at work on two novel manuscripts and a collection of short stories.

Catch up with the latest news on Scott’s website

You may think you have a memory, but those black-night revelations taught me it is memory that has you for it is only remembrance that renders dignity to death. Remembrance that haunts you and holds you and will not let go. Not ever.