First up this week, there is a welcome return to fiction Books, by author Mark Stevens. Despite my tardiness in reading the last book he entrusted to me, he has accepted my apologies and by coincidence has recently completed the latest book in the series, a copy of which he has gifted to me and which is due for publication in the autumn. 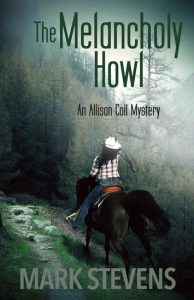 Circling vultures lead hunting outfitter Allison Coil to an angry man tied to a tree. The man will answer none of Allison’s obvious questions.

Devo, a frequent ally of Allison’s and the leader of a group of scrappy devolutionists, has gone missing. Allison’s best friend, Trudy Heath, finds herself intrigued by the overtures of a retired rock star who has put down roots to grow tomatoes.

And Trudy’s boyfriend, newspaper reporter Duncan Bloom, is tempted by an opportunity to reslove his bleak finances by taking a flyer on Colorado’s fastest growing industry, retail marijuana.

Allison’s trail across The Flat Tops Wilderness leads to an airplane wreck, a murder, and a cunning conspiracy.

The Melancholy Howl braids interweaving threads of mystery as Allison, Trudy, Duncan and Devo’s followers test the definition of family and the dangerous boundaries of trust.

I am so lucky to have a small group of amazing publishers, who keep me well supplied with some lovely new stories to read and share and some excellent authors to feature. Francesca from Austin Macauley sent through a Kindle download of this book, for my perusal.

‘THE IVAN‘ by ERIN ELDRIDGE 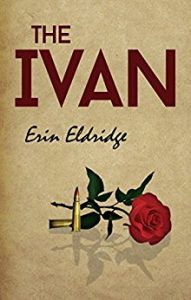 Elise lives in occupied Berlin, under Russian rule. Her husband, Erich, is in France with the German army, then becomes a prisoner of war.
Divided and alone, each struggles to cope in a dangerous and
unfamiliar world.
During the horrific days of early occupation and the rape of Berlin, Elise, a nurse, receives help from an unexpected quarter, Major Valery Volkov, who becomes her ‘wolf’, her Russian lover and protector.
Safe now but afraid, worried about her husband but distant from him, she falls in love.
Erich has been sent to England as a prisoner and as such, is protected by the Allies. Now safe from the war, he has to live with his demons. When he is allowed to return home, both will have to make some readjustments.
When all is revealed, can they find their way back to each other and live in their own post war world?
.

A lovely surprise from Clare at Head Of Zeus, when a beautiful hard copy of this book arrived in the post, completely unannounced, but very much appreciated. 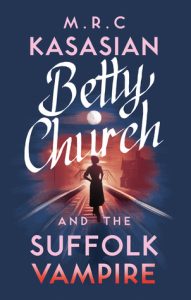 A new day dawns in Sackwater, not that this sleepy backwater is taking much notice…

Inspector Betty Church – one of the few female officers on the force – has arrived from London to fill a vacancy at Sackwater police station. But Betty isn’t new here. This is the place she grew up. The place she thought she’d left behind for good.

Time ticks slowly in Sackwater, and crime is of a decidedly lighter shade. Having solved the case of the missing buttons, Betty’s called to the train station to investigate a missing bench. But though there’s no bench, there is a body. A smartly dressed man, murdered in broad daylight, with two distinctive puncture wounds in his throat.

While the locals gossip about the Suffolk Vampire, Betty Church readies herself to hunt a dangerous killer.