This week’s new addition to my ‘virtual’ Kindle shelf, is a real trip down memory lane. Even though I think I may have read this particular story many years ago (it was first published way back in 1974), I have scant recollection of the details and certainly no memory of the ending, so potentially re-reading the book is just going to be pure pleasure.

‘THE PROPERTY OF A GENTLEMAN’

A poignant, thrilling tale, full of intrigue, mystery and romance.

Shortly after her mother’s death in a Swiss plane crash, Jo Roswell is sent from the London auction house where she works to the remote and mysterious Thirlbeck – stately home of the Earl of Askew.

Jo’s task is to evaluate the house’s contents for a sale, but she soon finds herself drawn into the complex lives of Thirlbeck’s inhabitants, each with their own secrets and desires.

Jo is absorbed by the tragic story of The Spanish Lady, whose young life was cut short at Thirlbeck many centuries before. She also encounters La Española, the brilliant diamond which, according to legend, brings disaster to all who try to possess it. And she is shocked to learn of her own mother’s connection to Thirlbeck.

Was born in Dundalk Bay, County Louth, Ireland in 1929. When she was only three months old, her parents moved to Australia, settling in Coogee, a suburb of Sydney, where she grew up and studied music at the conservatorium. Her first novel ‘This Other Eden’, was written when she was 15 and published two years later. After her second novel, ‘With Every Year’, was published, she moved to London.

She completed her best known work, ‘Sara Dane’, on her 25th birthday in 1954, and it was published in 1955. It sold more than 2 million copies, was translated into a number of other languages, and was made into a television mini-series in Australia in 1982.

Catherine moved to Manhattan for ten years, after marrying a United States citizen. She then moved to the Virgin Islands, then in 1967 to Ireland, where she became an Irish citizen. She also lived on the Isle of Man. Her last novel was ‘The Charmed Circle’ in 1988. Following the death of her husband, she then returned to Sydney, where she died in September 2009, aged 80.

During her lifetime Catherine Gaskin’s books sold over 40 million copies worldwide, and she was known as “The Queen of Storytellers” and “The Girl with the Golden Pen.”

Catherine Gaskin left her literary estate to The Society of Authors, who have licensed Corazon Books to publish this ebook edition. There is also a website and a reader competition to tie in with publication, which can be found at www.thepropertyofagentleman.com and it is they who have kindly contacted me with this fantastic opportunity, to reconnect with an author who, during her lifetime sold over 40 million copies worldwide, and came to be known as “The Queen of Storytellers” and “The Girl with the Golden Pen.”

Likes the quote: "The mysterious story of Naomi's death was not a story at all, but a tangled sequence of furtive actions by different players for different reasons." via @goodreads 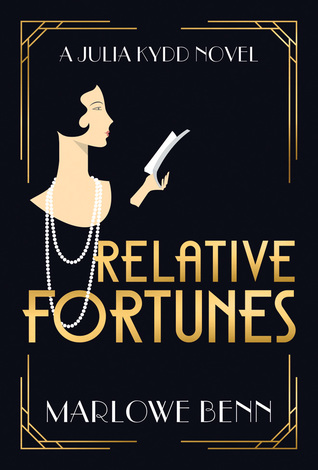 The mysterious story of Naomi's death was not a story at all, but a tangled sequence of furtive actions by different players for different reasons.