Your host for December 2013, is Gilion over at ‘Rose City Reader’

So why not stop by, leave a link to your own Mailbox Monday post, oh! and don’t forget to leave a comment for Gilion, after all, we all like to receive them!

Not one, but two books this week, both sent courtesy of their author, Liza Perrat, enabling me to read the series in sequence to date. You have no idea just what a bonus this is for me, as I am so notoriously bad at ending up by reading a series completely out of sequence … even though Liza does assure me that the books do work well as stand alone novels.

Is the first in the historical ‘L’Auberge Des Anges’ series set against a backdrop of rural France during the French Revolution.

Her mother executed for witchcraft, her father dead at the hand of a noble, Victoire Charpentier vows to rise above her impoverished peasant roots.

Forced to leave her village of Lucie-sur-Vionne for domestic work in the capital, Victoire suffers gruesome abuse under the old regime of 18th century Paris.

Imprisoned in France’s most pitiless madhouse – La Salpêtrière asylum – Victoire is helpless and desperate, until she meets fellow prisoner Jeanne de Valois, infamous conwoman of the diamond necklace affair. With the help of the ruthless and charismatic countess who helped hasten Queen Marie Antoinette to the guillotine, Victoire carves out a new life for herself.

Enmeshed in the fever of pre-revolutionary Paris, Victoire must find the strength to join the revolutionary force storming the Bastille. Is she brave enough to help overthrow the diabolical aristocracy?

As Spirit of Lost Angels traces Victoire’s journey, it follows too, the journey of an angel talisman through generations of the Charpentier family. Victoire lives in the hope her angel pendant will one day renew the link with a special person in her life.

Amidst the tumult of the French revolution drama, the women of Spirit of Lost Angels face tragedy and betrayal in a world where their gift can be their curse.

The second in the series, set during the World War II German Occupation of France.

Seven decades after German troops march into her village, Céleste Roussel is still unable to assuage her guilt.

1943. German soldiers occupy provincial Lucie-sur-Vionne, and as the villagers pursue treacherous schemes to deceive and swindle the enemy, Céleste embarks on her own perilous mission as her passion for a Reich officer flourishes.
When her loved ones are deported to concentration camps, Céleste is drawn into the vortex of this monumental conflict, and the adventure and danger of French Resistance collaboration.

As she confronts the harrowing truths of the Second World War’s darkest years, Céleste is forced to choose: pursue her love for the German officer, or answer General de Gaulle’s call to fight for France.

Her fate suspended on the fraying thread of her will, Celeste gains strength from the angel talisman bequeathed to her through her lineage of healer kinswomen. But the decision she makes will shadow the remainder of her days.

A woman’s unforgettable journey to help liberate Occupied France, Wolfsangel is a stirring portrayal of the courage and resilience of the human mind, body and spirit.

Liza grew up in Wollongong, Australia, where she worked as a general nurse and midwife for fifteen years.

When she met her French husband on a Bangkok bus, she moved to France, where she has been living with her husband and three children for twenty years. She works part-time as a French-English medical translator.

Since completing a Creative Writing course ten years ago, several of her short stories have won awards, notably the Writers Bureau annual competition of 2004 and her stories have been published widely in anthologies and small press magazines. Her articles on French culture and tradition have been published in international magazines such as France Magazine and France Today.

You can catch up with Liza on her website

Chat with Liza on her personal blog

I can’t wait to discover all your own great new finds this week … so please stop by and share your link, so that I can visit your post.

I think I shall change my cardigan for a red one. 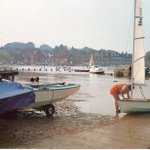 Once they have finished flowering, divide snowdrops to increase your stock of plants and spread them through the garden. Follow these three simple steps. Divide snowdrops after they finish flowering so you can increase your stock of plants and spread them through the garden. Follow these three simple st...