The review request for this book, came direct from Kelsey McBride, of Book Publicity Services, with copy being made available by the lovely folks over at NetGalley. The Franciscan has been categorised as a religious suspense / thriller, very much in the vein of Dan Brown’s, The Da Vinci Code. Never having read any Dan Brown books, (although I was coerced into watching the film of The Da Vinci Code by hubbie!), The Franciscan is going to take me a long way out of my reading comfort zone. I have however, read and thoroughly enjoyed several religious cult thrillers, so I have high expectations of being won over by this book.

Never one to “judge a book by its cover”, I must be honest however and state up front, that I don’t like the new cover art for The Franciscan. There are far too many words, almost completely obliterating what might have been an otherwise atmospheric image, eminently suitable to promoting the book’s premise! I am not a cover snob, however I much prefer the original 14 year old cover art, to this very overtly promotional messaging!

THE FRANCISCAN – Part One of The Franciscan Trilogy

“The pope is not infallible.”

When the newly elected Pope Francis utters this bold and unprecedented statement, he captures the attention of the world’s population.

His reforms leave no corner untouched as he strips away the mask so long held before the face of the papacy.

Bringing with him an open-minded candor rarely seen by public figures – he’s an inspiration to his followers – and a threat to those who oppose him.

Author, columnist, teacher, lecturer, past president of three advertising agencies, William R. Park, Sr. is nationally known and respected in the advertising and literary worlds—and is a member of International Thriller Writers Inc.

His past works include: The Talking Stones, Overlay and  Fatal Incision, plus several others, currently numbering some thirteen in total, each backed by glowing praise from  bestselling authors.

William currently resides in the Kansas City area with his wife Genie, an ex-high school English teacher who edits his manuscripts and who is also his worst critic!

Catch up with all the latest news at William’s website

Check out The Franciscan Trilogy here

Connect with William at Goodreads

When I penned this novel about a fictitious Pope Francis fourteen years ago, I never envisioned that a future pope would select the name, Pope Francis I. This novel’s Pope Francis is a bold and courageous pope whose sweeping reforms reversing ancient Vatican edicts place his life in grave danger. The world can only hope and pray that today’s Pope Francis, as bold as he is, will be fruitful in his endeavors and have a lengthy and healthy reign,

‘THE FRANCISCAN’ – A Short Excerpt

A hush fell over the crowd in the square when the pope appeared in the entrance guarded by two huge iron doors. The only sounds were the distant drone of Rome’s traffic and the splashing of the square’s giant dueling fountains. Pope Francis hesitated, allowing his entourage to catch up, before descending the steps to stand before the seated clergy. Forcing a smile, he stepped forward, blessing those gathered for the ceremony.

On about the tenth step down, the crowd’s expression of restraint turned into one of horror and disbelief. Most were too stunned to utter a sound. Screams were trapped in a thousand throats, but all managed to point upward towards the basilica’s dome, and behind those slowly walking down the steps. Wooden chairs being tipped and flung aside clattered on the stone laid square, as the assembled clergy leapt to their feet, anticipating the worst.

Confused by the crowd’s alarm and unaware of the danger, they turned all too slowly to avoid the coming peril. Kim, who was several steps behind the group, was the first to hear a dull cracking sound. He turned and looked up. The huge concrete crucifix that had rested on the left shoulder of the gigantic statue of Christ, standing at the center of the row of saints, broke loose. As it tumbled, it struck the peak of an architectural structure and burst into sizable chunks, showering down on the pope and his unsuspecting group.

#99p! Love the thought of a French adventure? 🥀 #SummerinProvence 🥀 Fern is off to #Provence, her husband is heading for Australia. Will it be a year to remember, or a year they will regret? #love #family https://bit.ly/2RzkbGS https://bit.ly/2upgSJM 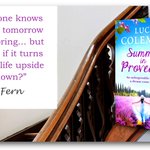 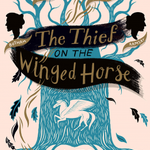