Three new titles to share this week – One was my purchase from a charity shop and the other two were NetGalley offers..

Grace Smith and her spirited daughters Tassie and Selina are shocked to learn that Josiah Smith’s will has left them – and the entire family fortune – in the hands of a complete stranger. Once the women get over this shock, they slowly adjust their lives and welcome the charming and financially savvy Max McKenzie into the family. But a distant cousin believes that Max conceals a secret that could destroy them all. And he’s determined to find out. With money, position, love, and integrity at stake, the stage is set for passion and betrayal in this marvelous Victorian family saga.

Pennfleet might be a small town, but there’s never a dull moment in its narrow winding streets …

Kate has only planned a flying visit to clear out the family home after the death of her mother. When she finds an anonymous letter, she is drawn back into her own past.

Single dad Sam is juggling his deli and two lively teenagers, so romance is the last thing on his mind. Then Cupid fires an unexpected arrow – but what will his children think?

Nathan Fisher is happy with his lot, running picnic cruises up and down the river, but kissing the widow of the richest man in Pennfleet has disastrous consequences.

Vanessa knows what she has done is unseemly for a widow, but it’s the most fun she’s had for years. Must she always be on her best behaviour?

As autumn draws in and the nights grow longer, there are sure to be fireworks in this gloriously engaging novel.

The morning it all started, newspaper reporter David Harwood had plenty to worry about. A single parent with no job, forced to return with his young son to the small town of Promise Falls to live with his parents, the future wasn’t looking too rosy. So when his mother asked him to look in on his cousin Marla, who was still not quite right after losing her baby, it was almost a relief to put the disaster his own life had become to one side.

When he gets to Marla’s house he’s disturbed to find a smear of blood on the front door. He’s even more disturbed to find Marla nursing a baby, a baby she claims was delivered to her ‘by an angel.’ And when, soon after, a woman’s body is discovered across town, stabbed to death, with her own baby missing, it looks as if Marla has done something truly terrible.

But while the evidence seems overwhelming, David just can’t believe that his cousin is a murderer. In which case, who did kill Rosemary Gaynor? And why did they then take her baby and give it to Marla? With the police convinced they have an open and shut case, it’s up to David to find out what really happened, but he soon discovers that the truth could be even more disturbing… 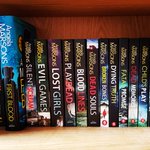 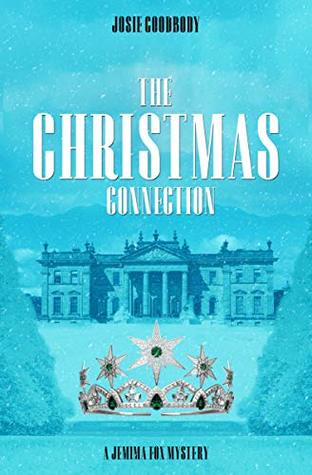