This week’s addition to the shelves here at Fiction Books, once again comes courtesy of the lovely Kelsey McBride at Book Publicity Services.

I always enjoy receiving Kelsey’s emails, as I know that she will have discovered a great new novel for promotion and matched it exactly to the genres she knows I enjoy reading.

Thanks also to NetGalley, for the complimentary download facility.

In the spring of 2003 on a desolate stretch of Arizona highway, Anton Mackey’s life was changed forever. A reckless decision to get behind the wheel when he was in no condition to drive spawned a moment that threatened to destroy everything the 21 year-old had spent his life working toward. In an instant, Anton made a decision to save himself. A decision that claimed the lives of two people.

Eleven years later, Anton is a rising star in the Miami criminal defense community. He is married and has an infant daughter. He is earning a good living and steadily building a name for himself as an aggressive advocate for the accused. Anton shares an office with veteran defense attorney, Jack Savarese. A mentor of sorts, Anton strives to model his practice – and career – after Jack’s. A Miami criminal defense legend, Jack’s accomplishments in the courtroom are second to none. However, Jack remains burdened by the conviction of Osvaldo Garcia, a mentally-ill client from ten years earlier found guilty and sentenced to life in prison for the death of a troubled teen.

When Daniella Avery, the beautiful wife of a man accused of a heinous act of domestic violence, comes into Anton’s office seeking his services, Anton thinks he’s landed a great case with a great fee. But when he succumbs to temptation, he realizes that Daniella is a figure from his past.

Anton finds himself caught between the possibility of being exposed and the fact that his client – Daniella’s husband – may be an innocent pawn in the victim’s attempt to carry out her revenge against Anton. As Anton struggles to balance defending his client while concealing the secret he has sought to forget, he uncovers the truth behind what really happened on that highway eleven years earlier. The truth that may be connected to the conviction of Osvaldo Garcia. 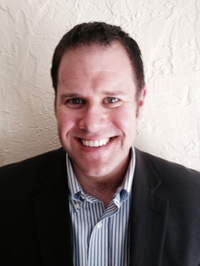 He attended college at Arizona State University and graduated with a B.A. in political science.

Upon graduating from law school at St. Thomas University School of Law in Miami, Florida, Eric worked as a prosecutor in the Miami-Dade State Attorney’s Office, handling misdemeanors, juvenile and felony cases.

After two years as a prosecutor, he went into private practice as a criminal defense attorney.

Eric lives outside of Fort Lauderdale with his wife and two young boys.

Read everything you can get your hands on. See what techniques authors employ. Don’t blatantly copy an author’s style but allow yourself to be inspired and open to new ideas. There are several books I can pinpoint that literally changed the way I write. Master the craft. Write lots, even if you never intend to do anything with it. Don’t delete old, unpublished, or partial manuscripts. There are lots of occasions where you may be able to use some of that work. If the writing is strong, save it for later. If I get blocked I try to throw a twist into the plot. This invigorates the creative process as it allows you to change gear.

Catch up with all the latest news on Eric’s website