I am a little late coming to this series – but never mind, it really does sound rather good, despite the fact that I don’t usually read very many short stories. These books have been described as mysteries which are “funny, quirky and typically British” – possibly what I would classify as a “Mystery Caper”? – we’ll just have to wait and see!

‘Three Sisters’ and the subsequent two books, are classified as short stories, although each is slightly longer than the last, with the fourth book being a full length novel.

Emily receives an invitation to a party in a large house at the end of her street, hosted by a mysterious troupe of circus performers. She accepts, despite her misgivings, because her dog has died and she needs cheering up. But when she witnesses a murder in the midst of the surreal entertainment, no one will believe what she has seen. Is Emily befuddled with grief at the loss of her pet? Or has something wicked happened in plain sight of all the party-goers? Emily and her eccentric neighbours attempt to discover the truth in a charming story that will have you giggling at every funny line. 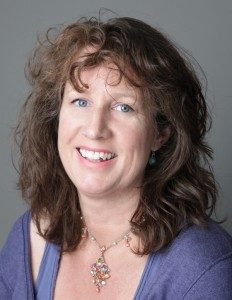 Helen Smith is a British novelist and playwright who lives in London. She had her first book published in 1999 and since then has written poetry, plays, children’s books and screenplays, but at the moment is making her living writing novels.

Her books have been translated into several languages and have reached number one on Amazon’s bestseller lists in the US, UK, Canada and Germany. They have been praised in The Times, The Times Literary Supplement, the Guardian, Time Out and Wired.com and appeared on “best of the year” lists in For Books’ Sake, The Cult Den, The Independent and the Guardian. Helen’s books have also been optioned by the BBC.

Helen travelled the world when her daughter was small, doing all sorts of strange jobs to support them both – from cleaning motels to working as a magician’s assistant – before returning to live in London where she wrote her first novel. Since then, she has read at literary events and festivals in London and New York and all points in between.  Her work has been read or performed at the National Theatre, The Royal Festival Hall, the Victoria and Albert Museum of Childhood, Amnesty International’s Headquarters, The Edinburgh Festival and The University of London.

Helen is also a Literary Death Match champion; the recipient of an Arts Council of England award; a member of the Mystery Writers of America; International Thriller Writers; The Crime Writers’ Association and English PEN.

Catch up with all Helen’s news at her website.