All my new books this week, have been author gifts, so I would just like to take the opportunity to thank Janel Gradowski, Carolyn J. Rose and Meg Mims, for their faith in me.

I can’t wait to share everyone else’s good fortune this week!

‘MUST LOVE SANDWICHES’ by JANEL GRADOWSKI

Emma has worked hard to establish herself as an artist. The artists’ colony where she lives is heaven compared to the rundown trailer parks she grew up in. After a relationship comes to an unexpected end she decides to make some drastic changes in her life, but it isn’t as easy as just flipping a switch. Her best friend, Daisy, thinks she’s being too extreme. Plus, the owner of Emma’s favorite food truck is more tempting than the gourmet sandwiches he serves. That makes everything even more complicated. Is taking a different route in life the best thing to do? What if she ends up miserable instead of on the path to happiness?

“Must Love Sandwiches” is the first volume of The Bartonville Series of foodie fiction. This is a “cake” sized (novella) story of approximately 30,000 words. Recipes and two “truffle” sized (flash) stories of about 1,000 words each are also included.

‘DOUBLE OR NOTHING’ by MEG MIMS

A mysterious explosion. A man framed for murder. A strong woman determined to prove his innocence. October, 1869: Lily Granville, now heiress to a considerable fortune, rebels against her uncle’s strict rules in Sacramento, California. Ace Diamond, determined to win Lily, invests in a dynamite factory for a quick “killing,” but his status as a successful businessman fails to impress her guardian. An explosion in San Francisco, mere hours before Lily elopes with Ace to avoid a forced marriage, sets off a chain of unforeseen consequences. Despite Lily’s protests that her new husband has been framed, Ace is dragged off to jail as the culprit. Evidence mounts against him. Lily must learn who was actually behind the diabolical plan… and save Ace from the hangman’s noose. Will she become a widow before a true wife?

‘Double Or Nothing’ is the sequel to ‘Double Crossing’. 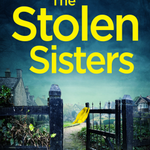 Our friends @bikebath have not let the pandemic slow them down and have come up with a great way to keep active and still get involved with cycling for charity this year. Check out all the changes and the NEW BIKE BATH 2020 MEDAL RIDES on their website - http://www.bikebath.co.uk 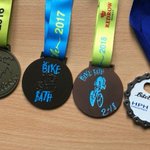