This week’s new addition to my shelf, was a recommendation from Katie Olsen, of ‘Little Bird Publicity’, and was at a bargain price, Kindle download, from Amazon.

Andrew has written a great guest article, which I am scheduling to post around April 1st, to correspond with the official publication date of the book, so make a note to stop by – you definitely won’t regret it! 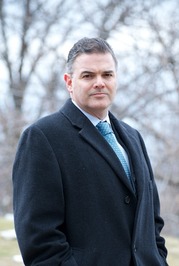 Andrew Case is a seasoned playwright and author of the stage plays The Electric Century; Pacific; The Rant, and many others. He has been a member of the New American Writers Group at Primary Stages, a participating playwright at the Eugene O’Neill Theatre Center, and a member of the PEN America Center. Andrew is also a winner of the Samuel Goldwyn Award.

For nearly a decade, he served as an investigator, spokesman, and policy director at the Civilian Complaint Review Board, which investigates allegations of misconduct against New York City Police Department officers. His scholarship on police oversight has appeared in the Columbia Human Rights Law Review and he has written about police issues for Newsweek and many other media outlets.

Andrew lives in Flatbush, Brooklyn, with his wife, Claudia, and their two children. The Big Fear is his first novel.

Catch up with all the latest news on Andrew’s website