HIT AND RUN by LORI MATTHEWS

They pulled up in front of a hotel, and the doorman rushed out to the SUV. He opened the door for Dani and the other women, then reached in and tried to help Dani out of the truck. She paused, blinking. What was this guy’s deal?  Then she remembered the disguise. She even had her sunglasses on. She hadn’t wanted the other ladies to see her cry on the ride over. She just kept seeing Dottie’s big eyes full of fear. She sniffed as she got out of the SUV.

“Sorry for not being able to get closer to the sidewalk. The construction makes it difficult.” the doorman smiled apologetically.

Scaffolding was covering the front of the hotel and construction machinery created an obstacle course of sorts. “Not a problem,” she said quietly as she moved toward the sidewalk.

The doorman waved over a couple of bellmen. One came up beside her.

“No arguing. We don’t want you to have an incident in the middle of the street.” He took her arm and started guiding her toward the sidewalk, but a skateboarder zoomed by just in front of them.

“Ahhh,” Dani yelled and jumped. She’d had her head down so she hadn’t seen him coming.

“Damn kids,” the bellman said. “Such a menace.”

The kid went up the ramp just to their left and made a jump. The ramp was part of the construction to help workers get wheelbarrows over a load of gravel in the street to load it onto the  scaffolding. The kid arced over the gravel and landed down the street. It was a good jump. The kid had skills.

“Here you are.” The bellman deposited her on the side‐walk and then went back to get the luggage out of the truck. She saw her bag. Gage must have sorted stuff out with the cruise line. She looked down at the muumuu she wore and grimaced. It would be nice to have her own clothes again.

Another doorman held open the door and ushered her, Elenore, and Ann inside. She walked into the lobby and stopped dead…

‘HIT AND RUN‘ by LORI MATTHEWS

4 of 5 stars to The Christmas Menagerie by Minna Howard 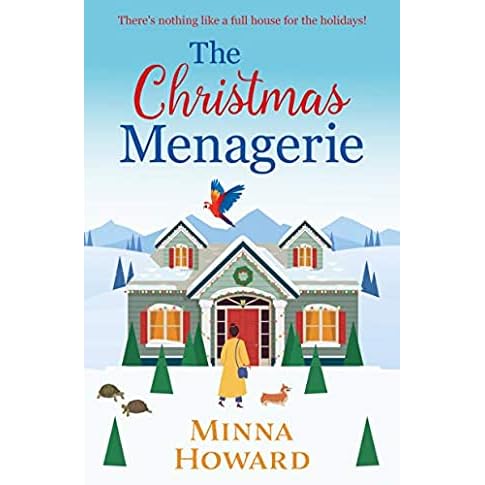