“Perdie’s phone buzzed against her pocket, and she withdrew it shakily, staring at the display.

‘It’s not. That will be the Highway Patrol trying to reach you. We’re already on our way. We’ll be there in fifteen minutes. nothing they can tell you will make this better.’

If she’d been thinking clearly, she’d have recognised the ominous import of those words, but in the moment, all she felt was a rush of relief at being told not to answer the phone. Terror constricted her veins, her throat, making it hard to focus, hard to breathe. How could she do something as mundane as say hello to a stranger, then listen to them tell her something terrible she already knew?

But she didn’t know. Not yet.

Her husband seemed at least as tortured as she was. He had curled in almost entirely on himself, his fists clenching and unclenching on his knees. She could see his cheek flexing as his jaw tightened and fixed. He stared straight ahead, and Perdie had a sudden, compelling vision of him surrounded by a wall of flames, black, choking dust swirling around his head, his skin blackening and curling off the bones, and all the while his gaze fixed on a tableau she couldn’t see.

Rachel had said just enough, seen just enough, that he realised what even his stepdaughter hadn’t known to be true. And now he was separate from her – alone with truth. He could have spilled out his fears, told his wife what he imagined to be true, could have plunged her into that awful fire along with him. But some part of his mind recognised that she had just a few minutes more to be the mother of three children, and he couldn’t bring himself to take those few minutes away from her.”

Brimming with enlightened observations and brilliant voice, Idle Hands is a haunting examination of grief, resilience, and what we’d give to spend another moment with the ones we love. 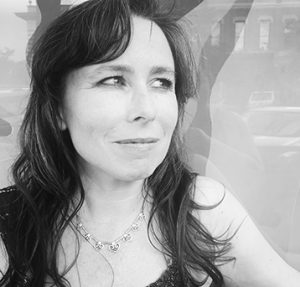