So adept was Rico at his craft that he knew better than Evelyn herself that for a millisecond she had spotted him in the hotel lobby. He was equally confident that neither she nor the man had seen him between then and the time they entered the taxi on Kuhio Avenue. But he also knew that the one sighting had been enough to arouse their suspicion. They confirmed it with their hurried trek to the marketplace and hasty retreat. They might be anywhere now, but his guess was the hotel. He was reasonably certain the walk to the marketplace hadn’t been planned, so they’d probably return to the hotel if only to check out. And if not, he would still have to start his search for them there.

Find out more about both book and author, and read Ed Duncan’s great guest post here …

Check out those all important first lines, here … Would they make you want to read on?

Teaser Tuesdays is a weekly bookish meme, hosted by … Jenn at ‘Books And A Beat’ 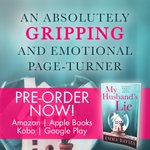 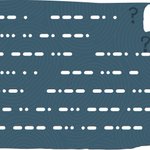