‘THE ARTISAN HEART‘ by DEAN MAYES

The following morning, Hayden bounced down the cottage steps, armed with a cardboard box. He manoeuvred through the gate, paused to close it, and looked at the fence.

It had been completely repaired, with new pickets standing proudly, waiting to be painted.

He stepped out onto the road and walked through the township, turning as the morning sun climbed into view over the eastern ridge. Despite the winter chill, its warmth bathed his face.

As he passed by the Band Rotunda, Bill Osterbrund looked up from a flowerbed at its base, where he was turning the soil. He fixed both the box and Hayden with a curious frown. “Morning, Doc.”….

…. When he first arrived in Walhalla, he would have downright cringed at being referred to by his professional title, and indeed, he was still somewhat uncomfortable with it. It had been over a month since the incident at the hospital, but he hated the memory of those last moments of being a doctor. They had soured his long and successful career. But then, the Walhalla locals had always called him “Doc” anyway, from the moment he had qualified as one.

Today, he didn’t mind so much.

‘THE ARTISAN HEART‘ – The Premise

Hayden Luschcombe is a brilliant paediatrician living in Adelaide with his wife Bernadette, an ambitious event planner. His life consists of soul-wrenching days at the hospital and tedious evenings attending the lavish parties organized by Bernadette.

A chance encounter with a precocious and deaf young girl introduces Hayden to Isabelle Sampi, a struggling artisan baker. While single-handedly raising her daughter, and trying to resurrect a bakery, Isabelle has no time for matters of the heart. Yet the presence of the handsome doctor challenges her resolve. Likewise, Hayden, protective of his own fractured heart, finds something in Isabelle that awakens dormant feelings of his own.

We're SO EXCITED to reveal the cover of @SocialWhirlGirl's A Dangerous Goodbye: An absolutely gripping historical mystery. Out Aug 20th.
Pre-order here: 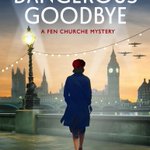 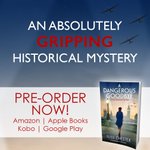