I got a little carried away with reading this one and found myself up round the 70% finished level on my Kindle, before I realised that I hadn’t made a note of any ‘teaser’ lines. The ever shifting storyline really does keep you glued to the pages, so a little later than usual…

For all you ‘random page surfers’ out there –

“You are not anxious to do this.

Well, that’s not exactly right. You are anxious, in the sense that anxiety is a low fluctuating hum beneath your surface calm. You are prepared to do this only to protect yourself. You really have no wish to hurt her. The memories with this one are too fresh. Too sweet. Too vivid.

But you will probably have to do it.

And, you tell yourself, several other important functions may well be served. Confusing the issue is one. Throwing suspicion elsewhere is another. Sentiment cannot be allowed to defeat self-preservation.

First, you must check on the person to whom you hope attention will be drawn. Is he at home tonight? That could prove a deciding factor. If he is with her, or is planning to meet her when she gets off work, you would have two people with which to deal, simultaneously … and that would not do.”

So you have taken a look, will you read the book?  Let me know what you think in the comments section below.

Teaser Tuesdays is a weekly bookish meme, hosted by Ambrosia @ ‘The Purple Booker‘. Each week she shares her own teaser lines and invites other bloggers to do the same. So if you have a few moments, why not stop by and see what’s on offer this time!

‘The Lies You Told’
by Harriet Tyce
First Lines

Written by Yvonne
14 comments
A chunkster bite of Scottish Noir
‘A Sinner’s Gift’
by Zoe Beesley
Book Beginnings
FacebookTwitter
I am going to need my wits about me to unravel this mystery!
‘Who I Am’
by Sarah Simpson

I would be in England, in the Peak District.

'The Devil's Dice' by Roz Watkins 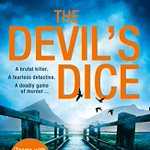 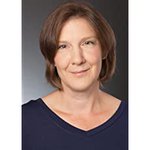 If you could be transported to the setting of the current book you are reading, where would you be?

Graham and Annie have been married for nearly thirty years. A golden couple, their seemingly effortless devotion has long been the envy of their ci...