‘A child orphaned by violence. A woman sworn to protect and raise him. A killer come to claim him. A few deadly minutes in An Uncertain Refuge.

Kate Dalton lives by the rules of honesty and fair play until she steps between a battered woman and the man intent on killing her. Amanda Blake barely survives; her ex-husband dies by Kate’s hand. The repercussions force Kate from her job at a domestic violence shelter. Fleeing unwanted publicity and yearning to break with her past, she heads to the Oregon coast, burdened by a coerced promise to Amanda—to care for the nine-year-old son of the man she killed and shield him from the truth.

For several weeks Kate holds a tattered web of lies together. Then Way-Ray’s vengeful uncle murders Amanda, an ambush journalist tells the story, and the boy bolts in horror. Aided by a dangerous man she only half-trusts, Kate searches for the boy she’s come to love. But a sadistic killer intent on claiming his kin is watching every move.

What did you recently finish reading?

‘Kiss Of The Butterfly’ by James Lyon

…. so James combines Dan Brown, Indiana Jones, Bram Stoker, and Umberto Eco, with the vampires serving both as the villains and as a metaphor for the broader issues. The fact that vampires come from Balkan folklore (not Romanian), means he was able to abuse his academic training for a good cause!

When Nancy Gilbert’s sister, Tanya Stowell is murdered, the person she turns to for help is former Company agent Tom Casey. Afraid for herself and her family, Nancy hires Tom to protect her from her ex-husband who’s just gotten out of prison. Believing Drew Harland, the ex, killed her sister, she panics when he suddenly turns up in town.

What Nancy, Tom, and his associates don’t realize is that someone else is in the background with murder on the mind. When some of the main players, including the main suspect, start turning up dead themselves, Tom realizes that they could all be victims if this silent killer isn’t caught, and soon!

What was the last book you reviewed?

‘The Dragondain’ by Richard Due

You can read my review here…

What book review are you working on now?

‘The House On Willow Street’ by Cathy Kelly

Stop by and leave a link to your own reading schedule, I can’t wait to visit and check them all out!

Could you or someone you know volunteer for Dorothy House? We have plenty of roles to choose from, including, steaming, sorting, customer service roles, till work, furniture warehouse assistants and many more. Get in touch. Just email - volunteer@dorothyh…-hospice.org.uk 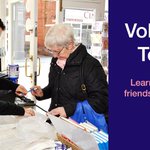 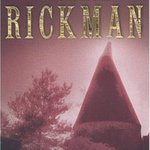 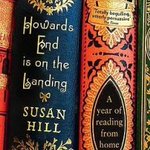