Once again, none of my words this time come directly from my own current or recent reading, but from a diverse range of  places, where I happen to have come across them and considered them worthy of sharing….

1. and 2. Hubbie and I are members of the English National Trust and recently made a visit to one of their properties nearby to where we live, in Somerset. Montacute House is a masterpiece of Elizabethan Renaissance architecture and design and in keeping with its majestic past, on the day we visited, one of the rooms in the house had been designated as a music room, where we were treated to a programme of French Music, by ‘The Mendip Consort Of Recorders’. One composer in particular, who featured in the programme, used some pretty flowery words and language to describe himself and although I was unable to verify the exact definitions of his words, as I suspect they might have been made up, all articles about him quote them…. 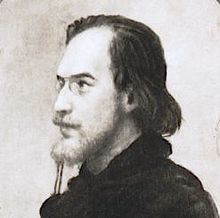 An eccentric, Satie was introduced as a “gymnopedist” in 1887, shortly before writing his most famous compositions, the Gymnopédies. Later, he also referred to himself as a “phonometrician”,  preferring this designation to that of a “musician”, after having been called “a clumsy but subtle technician” in a book on contemporary French composers published in 1911.

Someone who measures sounds

The Gymnopaedia, in ancient Sparta, was a yearly celebration during which naked youths displayed their athletic and martial skills through the medium of war dancing. The custom was introduced in 668 BC, concurrently with the introduction of naked athletics, oiling the body for exercise so as to highlight its beauty.

3. I came across this word on the site of fellow blogger Tracy, over at ‘Pen and Paper’. During the course of her ever honest review of ‘The Best Of Everything’ by Rona Jaffe, this word featured in the book’s opening lines. Whilst the context in which the word was used was more than apparent, I was still intrigued enough to need to discover its exact definition.

You see them every morning at quarter to nine, rushing out of the maw of the subway tunnel, filing out of Grand Central Station, crossing Lexington and Park and Madison and Fifth avenues, the hundreds and hundreds of girls.

The jaws or throat of a voracious animal.

The mouth or gullet of a greedy person.

4. My final word this time, I discovered on another blog, ‘Kelly’s Thoughts & Ramblings’, where host Kelly always has something interesting to say. Kelly had just published her review of ‘The Buddha In The Attic’ by Julie Otsuka and this new to me word came up in the synopsis as taken from the book.

A gorgeous novel by the celebrated author of When the Emperor Was Divine that tells the story of a group of young women brought from Japan to San Francisco as “picture brides” nearly a century ago. In eight unforgettable sections, The Buddha in the Attic traces the extraordinary lives of these women, from their arduous journeys by boat, to their arrival in San Francisco and their tremulous first nights as new wives; from their experiences raising children who would later reject their culture and language, to the deracinating arrival of war. Once again, Julie Otsuka has written a spellbinding novel about identity and loyalty, and what it means to be an American in uncertain times.

Uproot (someone) from their natural geographical, social, or cultural environment

That’s all from me. What new words have you discovered this time? … I can’t wait to stop by and check them out!