This week sees a selection of slightly more quirky words, rather than anything too serious, but all are new to me and therefore caused a ‘double take’ in my reading 🙂

1. – First up this time, a word I discovered whilst blog hopping with Naida ‘The Bookworm’.

Naida had posted her review of ‘Warm Bodies’ by Isaac Marion and the word was coined by commenter Hila ‘hkatz’.

“I always wondered if it was possible to write a romance with a zombie – and now you’re giving a good review to one. I’m very curious and will be bookmarking this. I have to admit a part of me is still squicked at the idea of a zombie in a romance (because I’m imagining flesh rotting off and maggots). But this sounds funny and quirky, which I like. Great review.”

The concept of the “squick” differs from the concept of “disgust” in that “squick” refers purely to the physical sensation of repulsion, and does not imply a moral component.

2. – This word, I also came across when I was chatting with ‘The Bookworm’. This time Naida was sharing her ‘Top Ten’ quotes from her last few months of reading and this particular word formed part of a quote, once again taken from ‘Warm Bodies’ by Isaac Marion.

“I want to change my punctuation. I long for exclamation marks, but I’m drowning in ellipses.”

Ellipsis (plural ellipses; from the Ancient Greek: ἔλλειψις, élleipsis, “omission” or “falling short”) is a series of dots (typically three, such as “…”) that usually indicates an intentional omission of a word, sentence, or whole section from a text without altering its original meaning.

An ellipsis is a set of three periods ( . . . ) indicating an omission. Each period should have a single space on either side, except when adjacent to a quotation mark, in which case there should be no space.

3. – Next up, is a word I came across in a recent BBC post, which I found most interesting 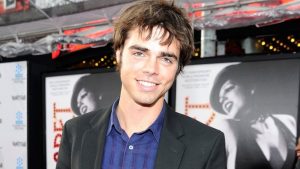 Deformity or abnormality in the shape or size of a specified part of the body.

Body dysmorphic disorder (BDD) is an anxiety disorder that causes a person to have a distorted view of how they look and to spend a lot of time worrying about their appearance.

For example, they may be convinced that a barely visible scar is a major flaw that everyone is staring at, or that their nose looks abnormal.

Having BDD does not mean the person is vain or self-obsessed.

Almost everyone feels unhappy about the way they look at some point in their life, but these thoughts usually come and go, and can be forgotten.

However, for someone with BDD, the thoughts are very distressing, do not go away and have a significant impact on daily life.

The person believes they are ugly or defective and that other people perceive them in this way, despite reassurances from others about their appearance.

4. – And finally this time, this one is just for fun, but I thought the word was very inventive and an apt description for any avid reader or blogger 🙂

Whilst chatting with Wendy, over at ‘Musings Of A Bookish Kitty’, I decided to check out her profile page.

At the age of five, Literary Feline (aka Wendy) was diagnosed as a fabulavore. Due to the low story content of movies and television, she has required a steady supply of books to provide her sustenance. She currently resides in California with her loving husband, adorable daughter, and two affectionate cats. Literary Feline has broadened her nutritional sources by reviewing books. Please note: Literary Feline is not a bibliovore. She’s not eating the books for goodness’ sake.

FABULAVORE – This is what Wendy has to say 🙂

When I first started my blog, coming up with the description for my profile was the most difficult part. I enlisted the help of my husband and together (although he deserves most of the credit) we came up with the following:

A fabulavore is a completely made up word, but it has a nice ring to it, don’t you think? It is derived from the latin “fabula” which means story and “vorare” which is to devour. A fabulavore, therefore, is someone who devours stories: or, in my case, a book lover. But not just books. My love for the story extends to music, art, television and movies as well. Stories can be found in just about any medium. Even in conversation. I love to tell a good story.