1. – First up this week is a phrase rather than a single word, so I hope that doesn’t break the rules of the meme too much, although as this then led to me discovering an additional ‘new to me’ word, I think I might just about get away with it! I heard the phrase during a recent episode of the BBC weekly popular satirical television series “Have I Got News For You”. 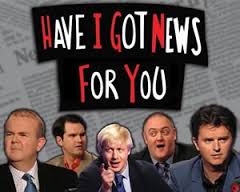 NOMINATIVE DETERMINISM – is the hypothesis that people tend to gravitate towards areas of work that fit their name.

The term was first used in the magazine New Scientist in 1994, after the magazine’s humorous Feedback column noted several studies carried out by researchers with remarkably fitting surnames.

Nominative determinism differs from the related concept aptronym, and its synonyms aptonym, namephreak, and Perfect Fit Last Name, in that it focusses on causality.

APTRONYM – merely means the name is fitting, without saying anything about why it has come to fit.

2. – Two words for the price of one come courtesy of the lovely Tracy, over at ‘Pen And Paper’ in her review of ‘Desert God’ by Wilbur Smith and feature in the first sentence of the book.

Aton blinked his little eyes that were set deep in their rolls of fat, and then raised them from the bao board laid out between them.

BAO – is a traditional mancala board game played in most of East Africa including Kenya, Tanzania, Comoros, Malawi, as well as some areas of DR Congo and Burundi. It is most popular among the Swahili people of Tanzania and Kenya; the name itself “Bao” is the Swahili word for “board” or “board game”.

MANCALA – is a family of board games played around the world, sometimes called “sowing” games, or “count-and-capture” games, which describes the gameplay. The name is a classification or type of game, rather than any specific game.