I discovered this phrase when I returned a visit from fellow blogger Tea, of ‘Tea And Inspiration‘, where she shared an extract from Indigo by Catherine E. McKinley.

This particular phrase did turn into a rather mammoth undertaking though, as I needed to drill down deeper and deeper, to reach a basic understanding of its use! 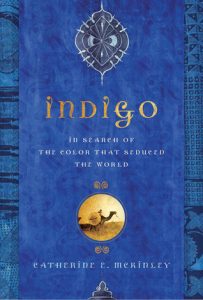 We watched the woman disappear into the bend of the road. It was unsettling. She seemed possessed, driven by some mimetic force. I was afraid that that force was also a part of me. I was also a worshiper, set wandering in an unfamiliar land.

Mimetic forces around a particular idea or practice. The coercive, mimetic, and normative forces, present in the field dictate institutionalization and theoretically produce an environment that induces organizational conformity, or homogeneity, through pressure.

Imitative representation of the real world in art and literature.

The deliberate imitation of the behaviour of one group of people by another as a factor in social change.

Hubbie discovered this word on the BBC website, whilst we were visiting with relatives and he made great mileage out of explaining to everyone, that it described me to a ‘T’, before showing me the definition.

Since then, it has apparently worked its way up the charts, to become one of the most popular words ever to be featured.

In all fairness, it is probably one of the most accurate descriptions of my office bookshelves and the many other book cases we have dotted around the house. I guess this means that now I have been officially diagnosed, I really should update my profile 🙂 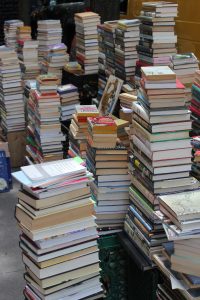 Do you have a habit of picking up books that you never quite get around to reading? If this sounds like you, you might be unwittingly engaging in tsundoku – a Japanese term used to describe a person who owns a lot of unread literature. Prof Andrew Gerstle teaches pre-modern Japanese texts at the University of London. He explained to the BBC the term might be older than you think – it can be found in print as early as 1879, meaning it was likely in use before that. The word “doku” can be used as a verb to mean “reading”. According to Prof Gerstle, the “tsun” in “tsundoku” originates in “tsumu” – a word meaning “to pile up”. So when put together, “tsundoku” has the meaning of buying reading material and piling it up. “The phrase ‘tsundoku sensei’ appears in text from 1879 according to the writer Mori Senzo,” Prof Gerstle explained. “Which is likely to be satirical, about a teacher who has lots of books but doesn’t read them.” While this might sound like tsundoku is being used as an insult, Prof Gerstle said the word does not carry any stigma in Japan.

The Japanese expression Tsundoku, meaning “leaving a book unread after buying it, typically piled up together with other unread books”, has offered reassurance to book hoarders.