I am joining Kathy this week, to share these couple of new to me words, I have discovered in my recent reading. I hope that you enjoy playing along too!

My first word, I discovered whilst commenting on the review of The Alto Wore Tweed, by fellow blogger Kelly, over at ‘Kelly’s Thoughts & Ramblings‘ 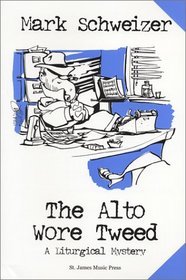 Even as Hayden works on his opus, he must deal with other, more pressing, problems — a new priest at St. Barnabas, a Christmas feud between the Rotarians and the Kiwanians and, more importantly, a dead body in the choir loft. It’s a good thing that Hayden keeps a loaded Glock under the organ bench!

The name Kiwanis means “we trade” or “we share our talents.” It was coined from an American Indian expression, Nunc Kee-wanis. Kiwanians are volunteers changing the world through service to children and communities.

I came across this word whilst preparing a Guest Post for Sheldon Friedman, author of The Kane Chronicles. As the post is due to publish on a Friday, I decided to link to ‘Book Beginnings On Friday’ and also share the opening lines of each book in the series. The word appears in the first lines of The Silk Swan, the third and final part of the chronicles.

The Funeral Train arrived at Union Station in Washington DC after a slow journey from Warm Springs, Georgia, as if the caravan were grieving on its own. The Ferdinand Magellan engine and cars entered the station, hesitating from time to time as if its precious cargo would be damaged even if the train came to a smooth halt. The casket draped in an American flag was carefully transferred to a caisson to travel from Union Station to the White House along Constitution Avenue.

CAISSON – (As used in the context of ths passage)

A two-wheeled cart designed to carry artillery ammunition; the British term is “ammunition waggon”. Caissons are also used to bear the casket of the deceased in some state and military funerals in certain Western cultures, including the United States.

A large watertight chamber, open at the bottom, from which the water is kept out by air pressure and in which construction work may be carried out under water.