Kathy, our host for this lovely meme, shares her new words at BermudaOnion’s Weblog and this particular word was used in a reply comment by one of our fellow book lovers and bloggers, Deb at Readerbuzz. As she didn’t offer up a definition, I needed to search one out as I was so intrigued, so I hope Deb will forgive me, as I do feel justified in classing it as a new to me word!

Dan leaned forward and picked up the stack of photos Father Pete had placed in front of him and rifled through the pictures selecting a close-up of the box. Plain, yet striking in its simplicity, it was, in fact, a rectangle – not a mock cathedral or intricate crown. A cross ran the entire length of its flat top. The one color photo showed the cross to be of heavy gold set with cabochon cut precious stones about the size of his thumbnail. Rubies? Dan thought so. Silver scrollwork softened any sharp corners and preserved the integrity of the wood frame to the point of the box being almost solid metal…

A cabochon (/ˈkæbəˌʃɒn/, from Middle French caboche “head”) is a gemstone which has been shaped and polished as opposed to faceted. The resulting form is usually a convex (rounded) obverse with a flat reverse. Cabochon was the default method of preparing gemstones before gemstone cutting was developed 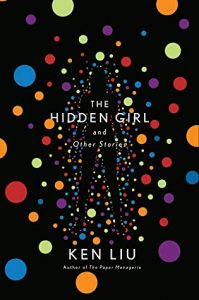 “Let’s diagram the call-graph for this classic LISP function, which computes the n-th Fibonacci number recursively.”

Characterized by recurrence or repetition.

Relating to or involving the repeated application of a rule, definition, or procedure to successive results.

Relating to or involving a program or routine of which a part requires the application of the whole, so that its explicit interpretation requires in general many successive executions.

Fibonacci , also known as Leonardo Bonacci, Leonardo of Pisa, or Leonardo Bigollo Pisano (“Leonardo the Traveller from Pisa”), was an Italian mathematician from the Republic of Pisa, considered to be “the most talented Western mathematician of the Middle Ages”.

I look down to see a Bhikkhuni. I can’t tell how old she is – her face is unlined but there is a fortitude in her dark eyes that reminds me of my grandmother. The light fuzz over her shaved head glows in the warm sun like a halo, and her grey kasaya is clean but tattered at the hem.

A bhikkhunī (Pali) or bhikṣuṇī (Sanskrit) is a fully ordained female monastic in Buddhism. Male monastics are called bhikkhus. Both bhikkhunis and bhikkhus live by the Vinaya, a set of rules.

Kāṣāya are the robes of fully ordained Buddhist monks and nuns, named after a brown or saffron dye. In Sanskrit and Pali, these robes are also given the more general term cīvara, which references the robes without regard to colour. 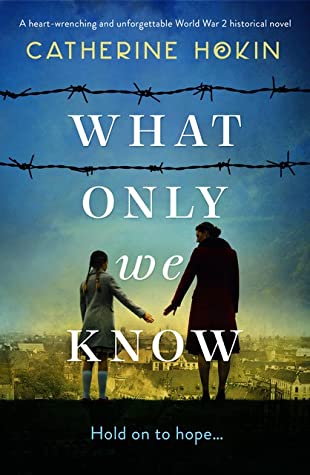 #Review #Bookouture #NetGalley #Goodreads #CatherineHokin #WhatOnlyWeKnow #Tripfiction
As part of the 'Books On Tour' series, I am today sharing my review of:
https://www.fiction-books.biz/reviews/needs-content-what-only-we-knowby-catherine-hokinbooks-on-tour/
'What Only We Know' by Catherine Hokin
@cathokin @NetGalley @goodreads @bookouture @TripFiction

💐Wishing a very Happy Publication Day to the wonderful
@JuliaRobertsTV' and Why She Died. 💐
Grab your copy here: 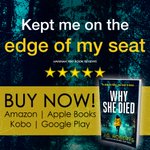 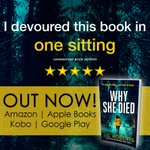 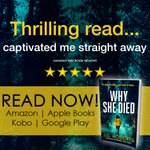 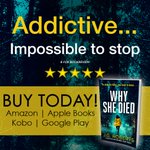