First up, here is a word I came across whilst reading this great romantic thriller:

“With the ball cap over the wig and the bright floral muumuu she was wearing, no one was going to notice her lack of wrinkles. The sunglasses, big oversize round ones, would cover most of her face anyway…”

The muumuu or muʻumuʻu is a loose dress of Hawaiian origin that hangs from the shoulder and is like a cross between a shirt and a robe. Like the aloha shirt, muumuu exports are often brilliantly coloured with floral patterns of generic Polynesian motifs. Muumuus for local Hawaiian residents are more subdued in tone. Muumuus are no longer as widely worn at work as the aloha shirt, but continue to be the preferred formal dress for weddings and festivals such as the Merrie Monarch hula competition. Muumuus are also popular as maternity wear because they do not restrict the waist.

I am still addicted to a few of the online crosswords, which I complete each day. Maybe one day I shall tire of this fascination, but until then I will keep sharing some of the more obscure words the designers include, which I have never come across before and which trip me up each time…

Hoosegow is an old slang synonym for jail with a flavour of the American West. The term was born in the lively mixture of Spanish and English spoken in the western part of the USA. It comes from a mis-hearing and mis-spelling of the Spanish word juzgado, “court of justice, tribunal.” The spelling hoosegow is a representation of how the word might have sounded to an English speaking American, in the early 1900s.

A method of painting with pigments dispersed in an emulsion miscible with water, typically egg yolk. The method was used in Europe for fine painting, mainly on wood panels, from the 12th or early 13th century until the 15th, when it began to give way to oils.

The final couple of words this week, came my way when Laura shared a ‘Tuesday Teaser’ extract from a book she has on her reading list: 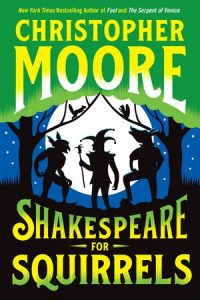 “Blacktooth then turned to us, doffed his bronze officer’s helmet, which looked like it might have been used recently for boiling beans, and said, “Beggin’ your pardon, gents, Burke is under training these two years and is yet a nematode in the ways of the watch.” “Neophyte,” corrected Burke.”

Nematode, also called roundworm, any worm of the phylum Nematoda. Nematodes are among the most abundant animals on Earth. They occur as parasites in animals and plants or as free-living forms in soil, fresh water, marine environments, and even such unusual places as vinegar, beer malts, and water-filled cracks deep within Earth’s crust.

A person who is new to a subject or activity.

A new convert to a religion.

In botany, a neophyte is a plant species which is not native to a geographical region, and was introduced in recent history.

Five new to me words this time, how many did you recognise?

Fancy 5 Great Books set in #Greece?
https://www.tripfiction.com/five-great-books-set-in-greece/
Which is you all-time favourite for a bit of #literarywanderlust?

Save the date! 🗓️

It is #BookshopDay on 3rd October, and we cannot wait to celebrate the wonderful local bookshops out there 📚🧡

Where will you be shopping? ✨ 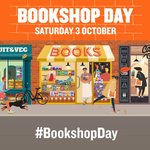