The meme has been beautifully hosted for some time by the lovely Kathy @ BermudaOnion blog.

However, Kathy has decided to pass the reins over to a new host, so please say a huge Thank You! to Kathy, and Welcome! to Mareli @Elza Reads

“The dolls displayed in the shop were intriguing but her father pulled her swiftly past them, to the door at the back marked Staff Only. On the other side was a strange lift that her father said was called a paternoster. They jumped in, and watched two floors drop past before getting out again.”

” He usually avoided town, fearing he’d see acquaintances of his mother, however he welcomed this opportunity to leave the eyot with the wallhanging in tow. To his best recollection, a shop on Turl Street sold zoetropes and other Victorian optical toys; it seemed to him they might know what the wallhanging was for.”

“Some people find when limerence wears off, love is left.”

PATERNOSTER – A paternoster or paternoster lift is a passenger elevator which consists of a chain of open compartments that move slowly in a loop up and down inside a building without stopping. Passengers can step on or off at any floor they like. The same technique is also used for filing cabinets to store large amounts of documents or for small spare parts. The much smaller belt man-lift which consists of an endless belt with steps and rungs but no compartments is also sometimes called a paternoster.

ZOETROPE – A 19th-century optical toy consisting of a cylinder with a series of pictures on the inner surface that, when viewed through slits with the cylinder rotating, give an impression of continuous motion. Also called thaumatrope.

LIMERENCE – Limerence is a state of mind which results from a romantic attraction to another person and typically includes obsessive thoughts and fantasies and a desire to form or maintain a relationship with the object of love and have one’s feelings reciprocated. Limerence can also be defined as an involuntary state of intense romantic desire.

This word comes from a book I reviewed in December 2020! 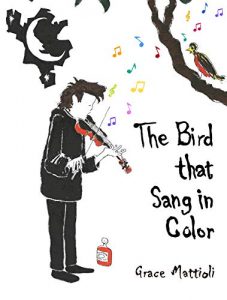 ‘Check this out, Donna.’ He took out a stringed instrument I’d never seen before and said it was called a dulcimer. It was wooden, oblong-shaped with curves on either side and a fretboard down the middle.

DULCIMER – A dulcimer is a stringed folk instrument which basically comes in two different varieties:

The hammered dulcimer – which has strings stretched over a sounding board with a trapezoidal shape, generally setting on a stand, angled in front of the player who strikes the strings with two small hammers called mallets

The Appalachian dulcimer – often referred to as a mountain dulcimer, is a narrower version of the zither family instrument, having three to five strings with a fingerboard that’s fretted which is held in the lap of the player who strums it with a small stick, sometimes referred to as a quill or plectrum, with the right hand while controlling the chords or melody with the left hand. 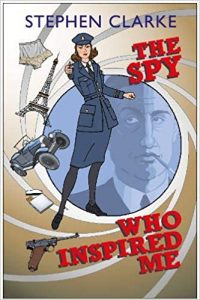 He could hardly believe his ears. The cream of England’s womanhood had been taught scatological camouflage. And he had been embarrassed just escorting her to the lavatory.

SCATOLOGICAL – The interest in or treatment of obscene matters especially in literature. Obscene language or literature, especially that dealing pruriently or humorously with excrement and excretory functions.

Written by Yvonne
14 comments
Prove It: Murder In The Mix
by Hannah Kurz
First Lines
FacebookTwitter
Mailbox Monday
New On My Shelf
Meet The Author