Jude pushed back his chair. ‘We should probably let Monica know about Stefan. If Violet never told her, it’ll come as a shock to her that she isn’t the next of kin. And it’ll probably make her revisit any idea she might have of challenging Violet’s will. I don’t imagine that will go down well. Even if Klemmie doesn’t want the money, there’s someone else with a claim to it, and he doesn’t strike me as the sort of man to turn it down, even if he doesn’t need it.’ And Stefan, by the look of it, could afford a Pyrrhic victory over the cousin he’d never known existed.

A Pyrrhic victory is a victory that inflicts such a devastating toll on the victor that it is tantamount to defeat. Someone who wins a Pyrrhic victory has also taken a heavy toll that negates any true sense of achievement or damages long-term progress. 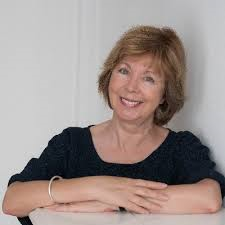 Carmel is a writer and presenter on “all things medieval” to academic and general audiences. She has a PhD in Medieval Literature and a 1st Class Honours in Early English, both degrees from Macquarie University where she lectured in English Literature and Medieval Studies. Her specialist research field is Medieval Mystics and this was the basis of her successful non-fiction book Mysticism and Space. Other academic publications include chapters and articles on St Augustine, Julian of Norwich, and Hildegard of Bingen, and on anchorites and the practice of immurement. More generally, she has published on Geoffrey Chaucer, Jorge Luis Borges, and Oscar Wilde, and has been a contributor to the International Dictionary of Literary Biography.
Carmel is now concentrating on writing fiction and Grasping at Water is her debut novel. She lives in Sydney, Australia, with her husband, a faithful dog, and a wild garden, and is the proud mother of three adult daughters.

A religious recluse, the anchorite’s was one of the most extreme of the religious lives of the Middle Ages.

Someone who, for religious reasons, withdraws from secular society so as to be able to lead an intensely prayer-oriented, ascetic, or Eucharist-focused life. Whilst anchorites are frequently considered to be a type of religious hermit, unlike hermits they were required to take a vow of stability of place, opting for permanent enclosure in cells often attached to churches. Also unlike hermits, anchorites were subject to a religious rite of consecration that closely resembled the funeral rite, following which they would be considered dead to the world, a type of living saint. Anchorites had a certain autonomy, as they did not answer to any ecclesiastical authority other than the bishop.

Is a form of imprisonment, usually until death, in which a person is placed within an enclosed space with no exits.

The Djinn (also known as Genie and Djann) are supernatural beings, skilled in magic, with the ability to control the elements and grant wishes.

The Sand Djinn are magical creatures of animated sand. They have magic power over sand and can morph it into weapons to kill. Sand Djinn are often blamed by local people for creating droughts and bad sand storms.